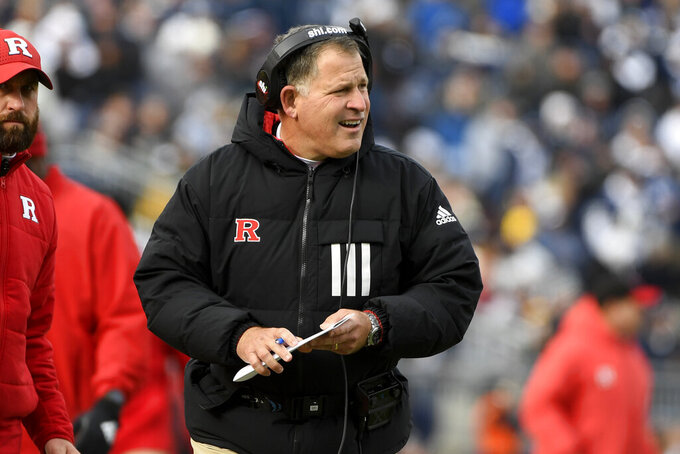 Wake Forest is trying to win 11 games for just the second time in the program’s 114-year history. The Demon Deacons previously accomplished the feat in 2006, when then-coach Jim Grobe led them to an 11th victory in the Atlantic Coast Conference title game – a 9-6 field-goal fest in the rain in Jacksonville. Rutgers is making its first bowl appearance since 2014 and is doing so on short notice. The Scarlet Knights were a late substitution for Texas A&M, which pulled out because of a lack of available players due to injuries, opt-outs, transfers and COVID-19 issues.

Wake Forest’s high-scoring offense vs Rutgers’ defense. The Demon Deacons average a school-record 41.9 points, which ranks second in the ACC and fifth in the nation. Sam Hartman has thrown for 3,924 yards and 36 touchdown this season. He also has 11 rushing scores. The receiving duo of Jaquarii Roberson and A.T. Perry have combined for 118 catches for 2,136 yards and 21 TDs. Rutgers, whose defense ranks 20th in the nation, might have a hard time slowing them down with less than a week to prepare.

Wake Forest: Nick Sciba is one of the most accurate kickers in NCAA history. He has made 77 of 86 attempts for an 89.5% success rate, the third-best mark for any kicker in NCAA and ACC history with at least 50 attempts. Only Louisiana-Lafayette’s Brett Baer (2009-12) has a higher success rate.

Rutgers: Adam Korsak has punted 118 consecutive times without a touchback, the longest active streak in the nation. He has downed 35 inside the 20, with four of those settling at the 1-yard line. The Aussie is a big reason Rutgers leads the nation with a net punting average of 45.33 yards, which would be an NCAA record.

Wake Forest is the 20th ACC team since World War II to surpass 500 points scored in a single season. … The Demon Deacons are making their sixth consecutive bowl appearance, a school record and the third longest streak in the conference behind Clemson and Miami. … Rutgers is 6-4 in its 10 bowl games, including a 5-1 mark under coach Greg Schiano. … The Scarlet Knights are 5-0 this season when committing no turnovers.