Opener for Freeman pits No. 5 Irish against No. 2 Ohio St 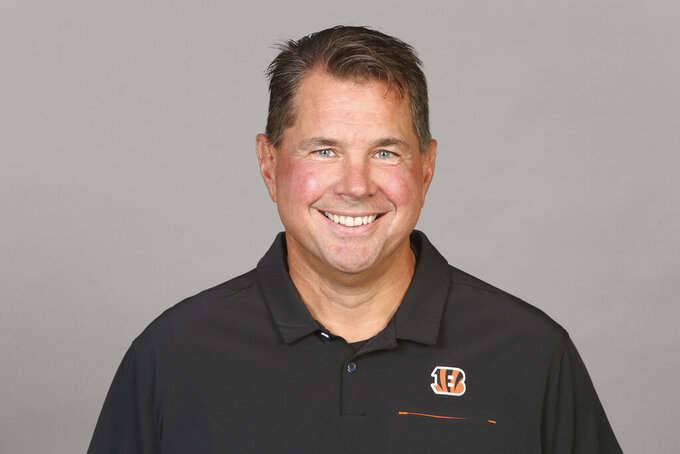 COLUMBUS, Ohio (AP) — Notre Dame coach Marcus Freeman won't get a gimme in his first season opener, no tasty cupcake served up at home so the Fighting Irish can tune up and send everyone away happy.

Instead, Freeman must take No. 5 Notre Dame and a new starting quarterback into Ohio Stadium amid a crush of hype and over 100,000 inhospitable fans to play the No. 2 Buckeyes.

If the 36-year-old Freeman can engineer a Saturday night upset of heavily favored Ohio State, he will become an instant legend at a place that deals in legends. If not, at least he will come away with a decent idea of how the Irish measure up.

“Any competitor, you want an opportunity to go and play against the best,” Freeman said. “There's no better way to see where we're at as a football team.”

The former Ohio State linebacker insisted this week he was “pretty emotionless” about his return to the Horseshoe for the first time as a head coach. No time for that. He's consumed with getting the Irish ready.

“You spend time wondering what do you have to do to make sure the team is prepared. That's where my focus is,” said Freeman, who was elevated to the top job at Notre Dame in December after Brian Kelly left for LSU. “It's all in the preparation.”

For the Buckeyes, still edgy from a loss to Michigan that blew up their championship hopes last November, it's a prime-time opportunity to show off a loaded, high-scoring offense led by Heisman Trophy contender C.J. Stroud, and find out whether a new coordinator has resolved some of the defensive issues that showed up in big games last season.

“I think coming off of last year, there are no big heads,” Ohio State coach Ryan Day said. “I mean, this team is hungry. This team has been hungry. It's been great. We've got to win this first game. They know that. We've got a lot to prove.

Stroud, in his second year as Ohio State starter, is a projected first-round NFL draft pick who hopes to pick up where he left off along with top receiver Jaxon Smith-Njigba and running back TreVeyon Henderson, both Associated Press preseason All-Americans.

“He's been there, done that,” Smith-Njigba said of the quarterback. “He's ready. We have confidence in him.”

Tyler Buchner gets his first career start for Notre Dame. He's a dual-threat guy who in his first year split time with Jack Coan, often in packages that utilized him as a ball-carrier. Buchner will no doubt be looking for Michael Mayer, one of the best tight ends in the country and the top returning receiver for the Irish.

Buchner — like Stroud, a native Californian — insisted he's got enough experience in big games to not be intimidated by the atmosphere.

“I like to have the idea that my confidence will stay the same no matter the external factors,” he said. "I try to keep it level at all times, try not get too high or too low. But I’d say, honestly, since spring ball, through camp and to now, my confidence has just gone up and up. I feel like I’m in a good spot.”

There will be an element of the unknown with both defenses operating under new coordinators.

Jim Knowles was brought in from Oklahoma State to overhaul Ohio State's defense, which was problematic in the team's two losses last season. The calling card of the salty 57-year-old veteran coach is disguise and surprise.

“Jim Knowles, you have no idea, pre-snap to post-snap what his defense will be,” ESPN college football analyst Kirk Herbstreit said. “It is a defense that is built around keeping you guessing.”

Al Golden, who spent the last two seasons coaching linebackers for the Cincinnati Bengals, steps into the role held by Freeman last year.

Golden, who had head coaching jobs at Miami (Ohio) and Temple, inherited a defense that returned seven starters, including edge rusher Isaiah Foskey, who came back for a fourth season. Golden also picked up an elite safety in Brandon Joseph, who transferred from Northwestern.

ESPN's College GameDay will anchor its Saturday morning show from Columbus for the 21st time — more than any other city.