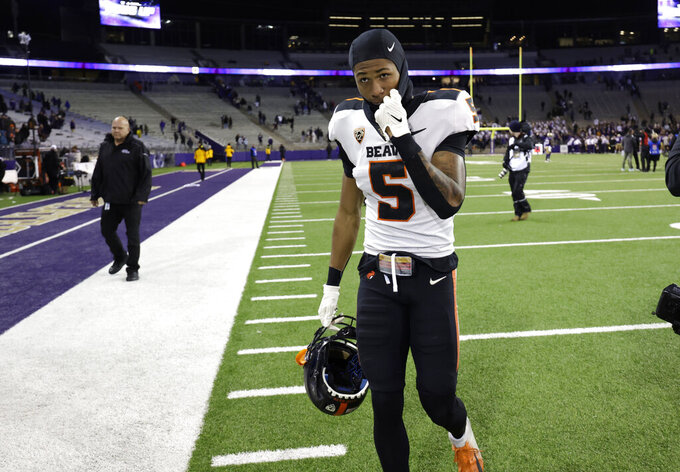 Oregon State defensive back Alex Austin (5) walks off the field after the 24-21 loss to Washington in an NCAA college football game, Friday, Nov. 4, 2022, in Seattle. (AP Photo/John Froschauer) 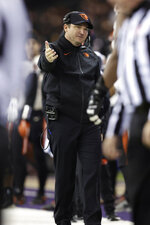 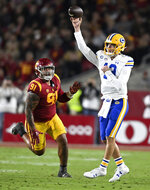 Line: Oregon State by 13 1/2, according to FanDuel Sportsbook.

The Beavers are bowl eligible for the second straight season, so they'll be playing for position. Oregon State popped into the rankings briefly last week at No. 24 after a bye but fell out after losing to Washington 24-21 last Saturday. Cal put up a fight on the road against No. 8 USC last weekend with three touchdowns in the fourth quarter, but ultimately came up short 41-35. California has won three of the last five games against Oregon State, including last year’s 39-25 victory. But Oregon State has won nine of its last 10 games at Reser Stadium.

Oregon State's pass defense got tested against Washington's Michael Penix Jr. and will be again by Cal QB Jack Plummer, who threw for 406 yards and three touchdowns last week against USC. He's the first Golden Bears QB to throw for 400 in a game since Davis Webb had 425 yards in 2016 against Washington State. The Beavers rank fourth in the Pac-12 for passing yards allowed with an average 238.1 per game. And Oregon state has 11 interceptions, second in the conference.

Oregon State: The Beavers have a freshman to watch, too. Running back Damian Martinez has run for 100 or more yards in his last three games, including 107 last week against Washington in his first career start. He's the first Oregon State freshman to have three games with 100-plus yards since Jacquizz Rogers in 2008.

Oregon State has 23 rushing scores this season, tied for 17th nationally. ... The Beavers have allowed just 297 total rushing yards in the last three games — against Stanford, Colorado and Washington. They rank 24th in the nation in run defense. ... Oregon State QB Ben Gulbranson made his fourth straight start last weekend against Washington and completed 12 of 19 passes for just 87 yards.