UConn football coach Randy Edsall to step down after season 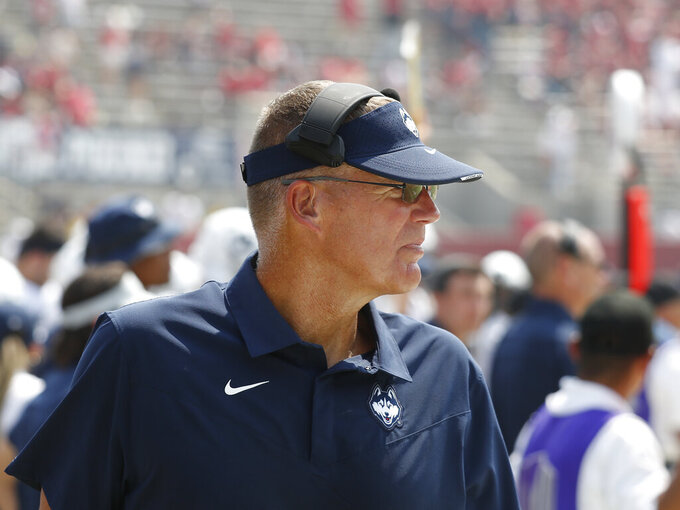 STORRS, Conn. (AP) — UConn football coach Randy Edsall, whose teams have won just six games since he returned to the Huskies for a second stint as coach in 2017 has announced that he will retire at the end of the season.

“While the program has been unable to recapture that level of success on the field during Randy’s second stint as our head football coach, the decision to retire at the end of the season was made by Randy,” Athletic Director David Benedict said in a statement.

"As is the case with all our teams, I am constantly evaluating the football program and will continue to make decisions that I feel are in the best interest of our student-athletes.”

Edsall was rehired by UConn in 2017, despite going 22-34 at Maryland, where he was fired six games into his fifth season.

His rehiring puzzled many UConn faithful, who were still upset that he had left the Huskies after a Fiesta Bowl loss to Oklahoma, without notifying his players or flying home with the team.

UConn went 3-9 during Edsall's first season back, then went 1-11 and 2-10 before sitting out last season amid the COVID-19 pandemic.

The Huskies, in their first season as an independent after leaving the American Athletic Conference, are 0-2 this season, losing their opener 45-0 at Fresno State before falling Saturday at home, 38-28, to Holy Cross from the FCS

“Back in 2017 I made a commitment to the University, but felt it was better to make this announcement now rather than the end of the year, to allow the university ample time to prepare for the future of the football program," Edsall said in a statement.

"All my focus and attention for the rest of the season will be to prepare our players and coaches to go out and win as many games as possible.”

UConn said it will immediately begin the search for Edsall's replacement.