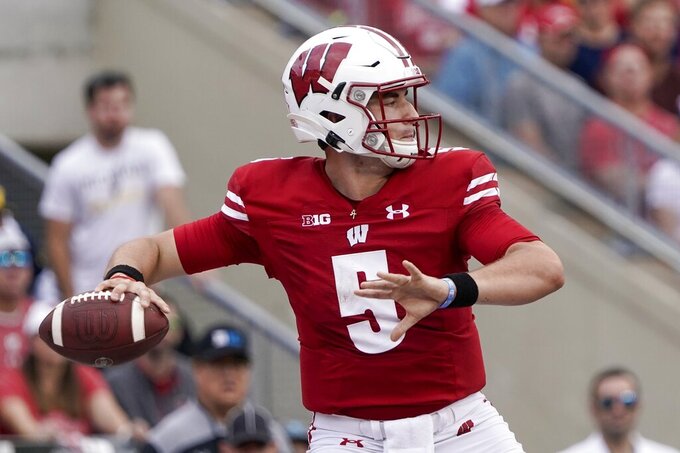 MADISON, Wis. (AP) — Wisconsin quarterback Graham Mertz left Saturday's game against No. 14 Michigan after he was sacked early in the third quarter.

The team said Mertz and tight end Jake Ferguson went to the locker room with chest injuries. They have been ruled out for the rest of the game.

Michigan’s Daxton Hill sacked Mertz on a third-and-9 play in the first series of the third. Mertz was on the ground for a couple of minutes before heading to the sideline. After going into the medical tent, Mertz went to the locker room.

Michigan was leading 13-10 at the time Mertz was injured. The Wolverines scored on their ensuing possession to extend the lead to 20-10.