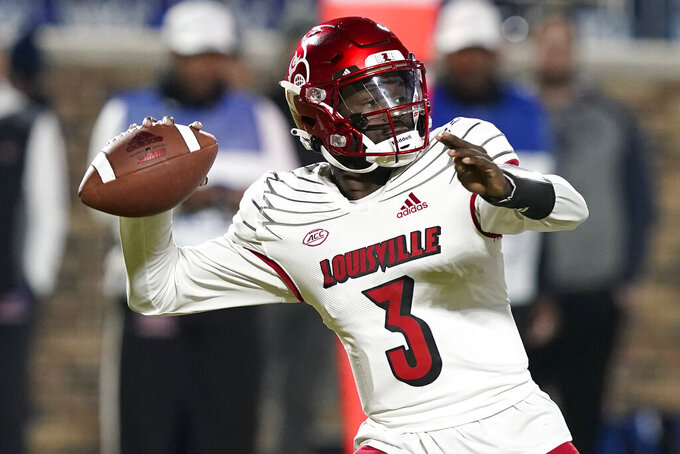 Air Force: The Falcons lead the nation in rushing with 341.6 yards per game. They have outrushed all 12 opponents this season and have gone over 400 yards five times. Air Force ran for 511 yards in the regular-season finale against UNLV and didn’t throw a pass.

Louisville: Cunningham passed for 303 yards and five touchdowns and ran for 224 yards and two scores against Duke.