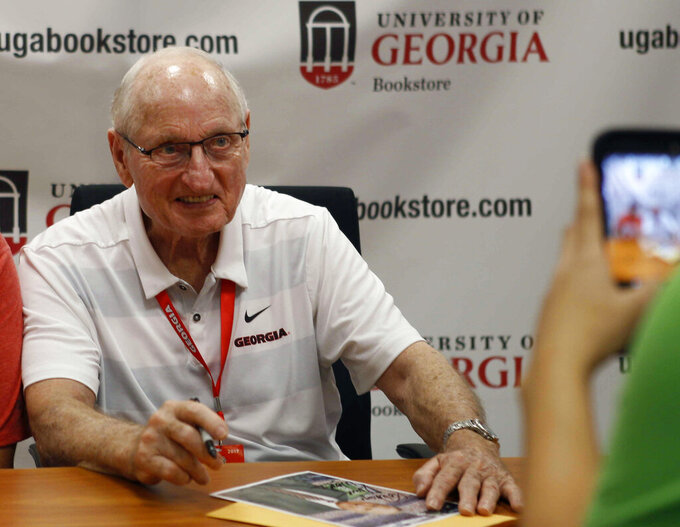 The athletic board's vote came in a teleconference meeting on Friday led by University of Georgia president Jere Morehead.

The plan to dedicate Dooley Field at Sanford Stadium for Georgia's Sept. 7 home opener against Murray State still awaits the approval of the Board of Regents later this month.

Morehead said in Friday's meeting he believed it was "very appropriate as well as very important" to seek the support of the athletic association's board.

Morehead and athletic director Greg McGarity announced the plan on Thursday to honor the 86-year-old Dooley, who coached the Bulldogs from 1964-88. He won six Southeastern Conference titles and the 1980 national championship.