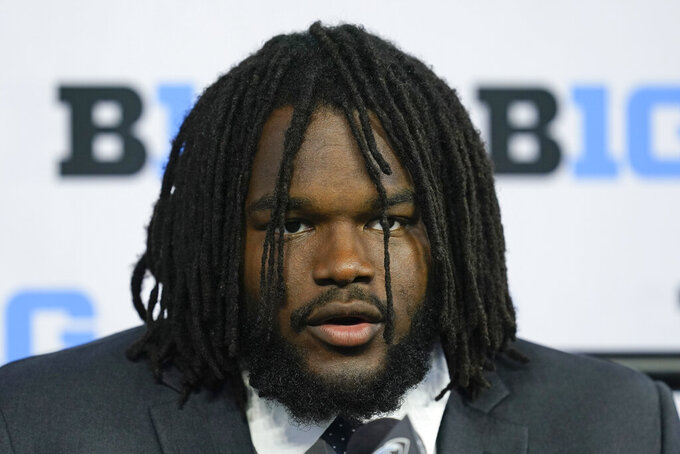 ANN ARBOR, Mich. (AP) — Michigan defensive lineman Mazi Smith pleaded guilty to a misdemeanor Thursday, a week after he was charged with a felony for possessing a gun in his pickup truck without a concealed-weapon permit.

Smith's record will be scrubbed clean if stays out of trouble for a certain period of time, which is a common offer for young people with no past criminal activity.

Smith, 21, was stopped for speeding on Oct. 7 and found to have a handgun and ammunition but not a concealed-pistol permit, Ann Arbor police said. He was taken to the police station and released a day before Michigan faced Indiana.

Smith pleaded guilty to a misdemeanor gun charge involving a vehicle. He's scheduled to return to court on Dec. 29, two days before No. 2 Michigan plays No. 3 TCU in the Fiesta Bowl, part of the College Football Playoff.

Washtenaw County prosecutor Eli Savit, a Wolverine fan, was criticized for waiting nearly two months to file a charge. He said there was nothing remarkable about the timeline, especially when Smith was not in custody, which would have forced a quicker decision.

Defense attorney John Shea said Smith was applying for a concealed-weapon permit at the time of the traffic stop and has one now.

The case has not harmed Smith's status with the football team. He played in the Big Ten Championship last weekend.

“Mazi was honest, forthcoming and cooperative from the very beginning and is a tremendous young man. He is not and never has been considered a threat to the university or community,” Michigan director of athletics Warde Manuel said last week.

The same prosecutor’s office struck a deal with Eastern Michigan basketball star Emoni Bates, who was arrested and similarly charged in September with carrying a concealed weapon in a car. Bates settled the matter with a misdemeanor. He said it was not his car or gun.