NCAA moving toward hyperlocal solution to NIL as placeholder 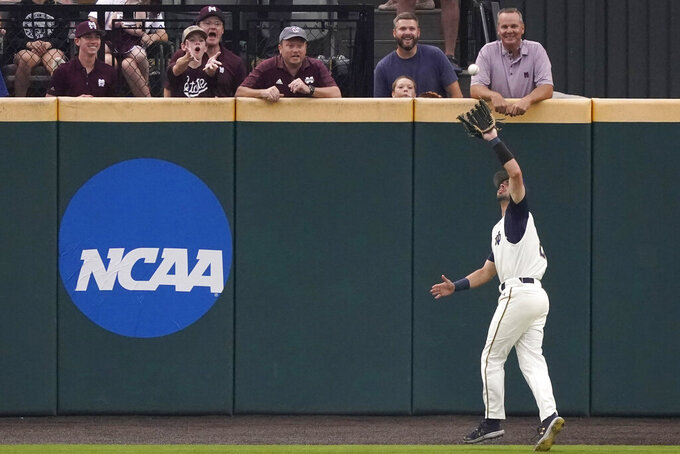 The NCAA is lurching toward a temporary, patchwork solution in addressing name, image and likeness compensation for athletes, a hyperlocal approach to allow everyone to earn money off their fame starting July 1 without uniform national rules.

The latest strategy to provide clarity to a dramatic change in NCAA policy comes days after the Supreme Court handed down a ruling that left the association exposed to future legal attacks.

The NCAA Board of Governors met with the Division I Board of Directors on Thursday to discuss the next step for sorting out NIL. The Board of Governors, the NCAA's highest governing body, put forth no public recommendations following the meeting.

The Division I Council discussed possible next moves to NIL earlier this week and is scheduled to convene again Monday. A final decision could be made by the D-I Board of Directors next Wednesday — one day before NIL laws go into effect in at least seven states.

A solution being considered involves the NCAA waiving its rules banning athletes from being paid for use of their name, image and likeness while still keeping bylaws that make pay-for-play and recruiting inducements impermissible, a person involved in the process told The Associated Press. The person spoke on condition of anonymity because NCAA discussions about NIL were not yet finalized.

In Alabama, Florida, Georgia, Kentucky, Mississippi, New Mexico and Texas, laws go into effect July 1 that make it impermissible for the NCAA and members schools to prevent athletes from being paid by third parties for things like sponsorship deals, online endorsements and personal appearances.

On Thursday, Kentucky became the seventh state with a law that has a July 1 effective date when Gov. Andy Beshear signed an executive order.

The NCAA had hoped for a national law from Congress that has not come and its own rulemaking has been bogged down for months. College sports leaders are instead moving toward the type of patchwork regulation they have been warning against for months.

Opendorse CEO Blake Lawrence, whose company is working with dozens of schools to create NIL programming and assistance for athletes, said it "seemed unfathomable” the NCAA would allow this to happen.

“But now that might be the best strategy,” he said.

Following the template of a recommendation made by six Division I conferences to the D-I Council last week, schools would follow their state NIL laws. To that end, the University of Florida released its NIL guidelines that, among other things, bars school employees and boosters from compensating athletes for NIL use.

About a dozen other states have NIL laws that could take effect next month and states such as Ohio have legislation pending.

“In a strange twist of events, schools in states without laws could have an advantage because they can make any rules they want,” Lawrence said.

Most state laws about to go into effect restrict schools from being involved in financial agreements athletes make with third parties, Lawrence said. Given the ability to make their own policies, some schools might decide to take a more active role.

The pivot to a hands-off approach to NIL by the NCAA could be part of a broader strategy following the Supreme Court ruling in the Alston case. The high court said the NCAA cannot limit benefits schools provide to major college football and basketball players as long as they are tied to education.

The decision also raises the possibility of future antitrust challenges to NCAA compensation rules. A lawsuit targeting proposed changes to the NCAA's NIL rules was filed earlier this month by one of the plaintiffs' attorneys in Alston, and a judge on Thursday denied the NCAA's motion to dismiss the claim.

The NCAA could shift to conferences taking the lead on setting standards for athlete benefits as a potential way to avoid lawsuits.