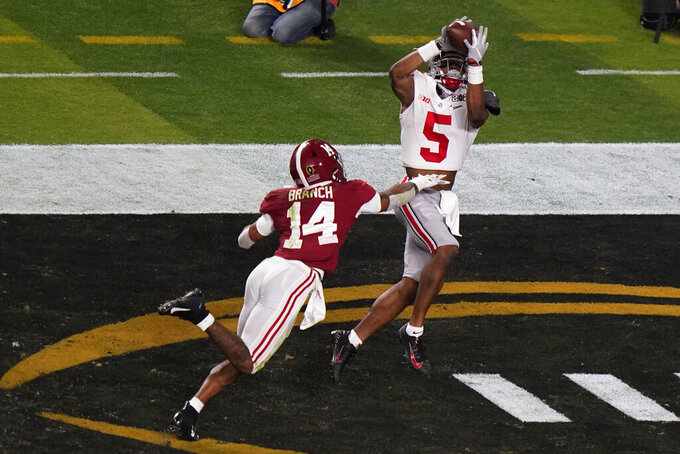 Video game maker EA Sports announced Tuesday that it is bringing back its college football series, which was shelved eight years ago after the NCAA was sued for not sharing revenue from the game with college athletes.

Though there is still much to be sorted out when it comes to whether and how college players will be permitted to profit from the use of their names, images and likenesses in the game, Electronic Arts has already taken steps to relaunch the popular franchise.

There is no timetable in place for the next release of a college football game, the company said. But EA announced it has reached an agreement with College Licensing Company, which allows the game maker to use school marques and logos.

“We’ve heard from the millions of passionate fans requesting the return of college football video games,” EA Sports executive vice president and general manage Cam Weber said in a statement. “We love the energy, tradition and pageantry of college football and I am beyond thrilled to say we are back in development."

The game was a big hit among players from 2005-13, but it was discontinued as part of the fallout from a federal antitrust lawsuit brought against the NCAA by former UCLA basketball player Ed O'Bannon.

The NCAA Football video game did not identify players by name, but the game simulated teams and players as they played in real life.

The video game was part of a broad legal challenge and a judge ruled the NCAA had been inappropriately using the names, images and likenesses of college athletes. The NCAA, through its licensing partner, pulled out of the game during the trial. The game stopped being made and fans have been pining for it ever since.

The NCAA is in the process of trying to change its rules to permit athletes to earn money from their names, images and likenesses, but there are hurdles and complications to getting that done — including a case to be heard by the U.S. Supreme Court later this year.

Last month the NCAA put on hold plans to pass legislation to allow NIL payments to athletes from third parties, with some limitations, because of scrutiny from the Department of Justice. Multiple bills have been introduced in Congress that address college athletes and NIL rights, along with the NCAA's ability to oversee the issue. Plus, numerous states have been acting on their own NIL bills, some scheduled to go into effect later this year.

Maybe most importantly, the Supreme Court will be hearing a case involving the NCAA and antitrust laws in the spring that could lead to sweeping changes or protect the status quo.

Earlier this week the NCAA filed a brief to the high court. The association is challenging a lower court ruling in a different case that said NCAA rules were not in line with antitrust laws.

"The NCAA and its member schools are committed to defending the rules that govern college sports — the same rules that create an environment where hundreds of thousands of student-athletes can receive the life-long benefits of a college education and compete at the highest levels of their sport. We look forward to continuing to make our case before the Court,” said Donald Remy, the NCAA’s chief legal officer.