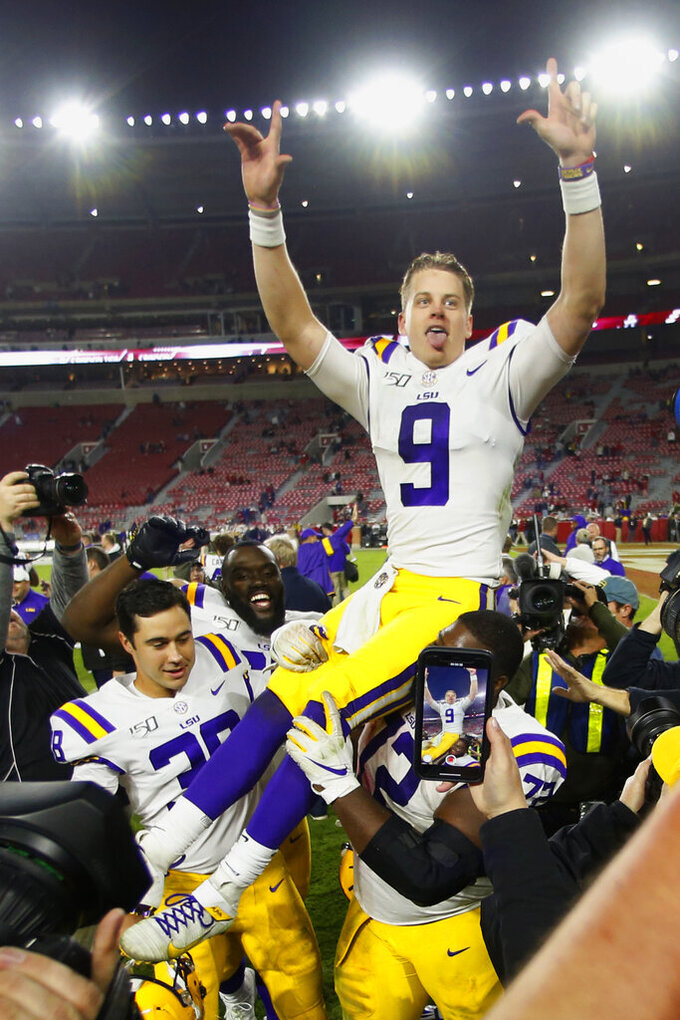 LSU must win to remain atop the AP Top 25 Poll and CFP rankings, and stay in control of the SEC West. Mississippi seeks a season-defining victory in the rivalry game known as the Magnolia Bowl, a result which also would move the Rebels within one win of bowl eligibility.

Mississippi QB John Rhys Plumlee, a dual-threat quarterback whose 777 yards rushing lead all SEC QBs, gives the Rebels a chance to stay competitive against an LSU defense that has struggled with consistency and has given up 25 runs of 10 or more yards, as well as 31 completions of 20 or more yards.

LSU: QB Joe Burrow is a Heisman Trophy front-runner and is trying to build on those credentials. He has completed 236 of 299 passes for 3,198 yards and 33 TDs this season and is 149 yards away from breaking the LSU single-season yards passing record of 3,347 set by Rohan Davey in 2001.

Mississippi: Freshman RB Jerrion Ealy had 94 yards and a TD from scrimmage last week against New Mexico State and also leads the SEC with a 24.4-yard kick return average. He’s returned one kickoff for a 94-yard TD and also has three rushes of 50 or more yards this season.