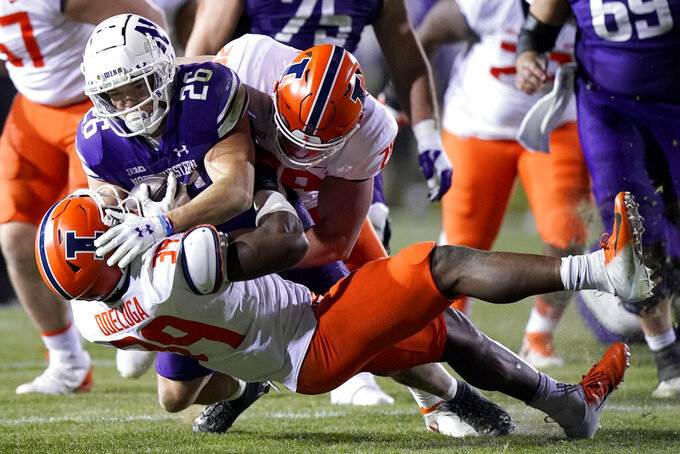 Mississippi State: QB Will Rogers is the school's career passing leader with 10,428 yards and 81 touchdowns and surpassed Dak Prescott in both categories this season. The junior is also the SEC career completions leader with 1,130.

Mississippi State: The Bulldogs have eight wins for the first time since 2018. It's their highest total under third-year coach Mike Leach. MSU has also beaten seven teams ranked in the Top 25 under “The Pirate,” all while unranked. They rank 11th in passing offense at 314.3 yards per game.

Illinois: The Illini feature one of the nation's top defenses and led with 22 interceptions. They allowed just 12.3 points per game (second) and third in yardage (263.8). They battled then-No. 3 Michigan before losing 19-17 to the eventual conference champion.

Mississippi State: The Bulldogs are 14-11 all-time and 7-5 during its current postseason run.

Illinois: The Illini are 8-11 in bowls and have dropped their last two appearances, most recently in 2019 to California in the Redbox Bowl (35-20). It's their second berth in the bowl, previously known as the Hall of Fame and Outback bowls.