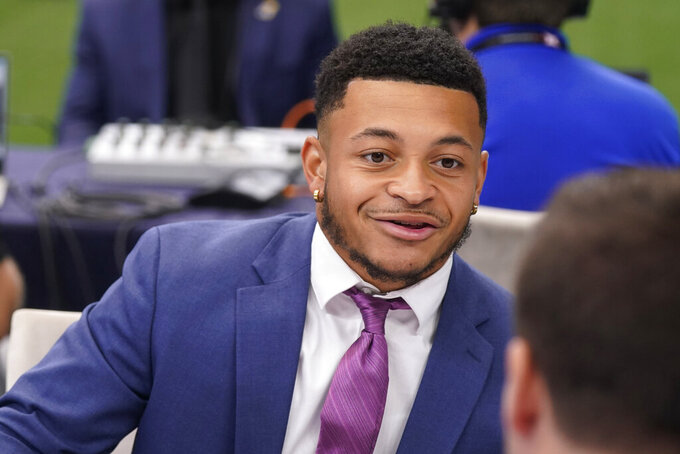 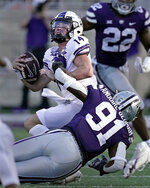 MANHATTAN, Kan. (AP) — The expectations when Kansas State coach Chris Klieman was plying his trade at North Dakota State began and ended with winning the FCS national championship, and he managed to pull off the feat four times in five years.

While they'll never be so lofty with the Wildcats, that doesn't mean soaring expectations do not exist in Manhattan.

After Klieman's second eight-win season in his first three years, the Wildcats are poised to push Oklahoma, Oklahoma State and Texas for the top of the Big 12 this season. They have All-America candidate Deuce Vaughn in the backfield, potential first-round draft pick Felix Anudike-Uzomah at defensive end, and a bevy of talent just about everywhere else on the roster.

That includes quarterback, where Nebraska transfer Adrian Martinez is taking over for the graduated Skyler Thompson, and is intent on overcoming the turnover trouble that plagued his otherwise prolific passing numbers with the Huskers.

“We have very optimistic, high expectations, as everybody does this time of year,” Klieman said, “but we have a lot of work to do. Have a number of guys back on both sides of the ball. But as the landscape of college football is right now, it's going to be new players that you've got to mesh with the returning players that are going to be the key to your success.”

Klieman might as well have been calling out Martinez by name.

During his four seasons at Nebraska, he threw for 8,491 yards and 45 touchdowns while also running for 2,301 yards and 35 scores. But he also threw 30 interceptions, and it seemed that most of them came in crucial situations.

Now he gets a fresh start under the watchful eye of former Heisman Trophy finalist Collin Klein, who begins his first full year as offensive coordinator. Much like Martinez, Klein was a dual-threat quarterback who is expected to implement an offensive system similar to the one he operated for Bill Snyder a decade ago.

“He's gotten better the last few weeks,” Klein said. “He's gotten comfortable in what we're asking him to do.”

Martinez will have the benefit of having Vaughn lining up behind him. The 5-foot-6 dynamo is coming off a season in which he totaled 1,872 yards from scrimmage and scored 22 touchdowns.

“The people see him and how he handles himself every day. He's a consummate pro,” running backs coach Brian Anderson said. “He takes care of his body. He attacks the workouts in fall camp. He sits in the meetings and takes notes. Guys see that and try to be like him, and that helps our locker room.”

Anudike-Uzomah made a splash as a sophomore last season, piling up four sacks in a game against TCU and finishing with 52 tackles, 11 sacks and six forced fumbles. His prototypical size at 6-foot-4, 255 pounds has made him an early favorite of NFL scouts, even though he was a lightly recruited prospect coming out of high school.

Defensive coordinator Joe Klanderman's bunch got a big lift when defensive tackle Eli Huggins and linebacker Daniel Green decided to return for their senior seasons. The Wildcats also return talented cornerbacks Ekow Boye-Doe and Julius Brents, though they'll be breaking in a pair of new safeties in transfers Kobe Savage and Josh Hayes.

The Wildcats return a trio of senior wide receivers in Phillip Brooks, Malik Knowles and Kade Warner along with another senior in tight end Sammy Wheeler. But there is plenty of depth with junior Keenan Garber and freshman RJ Garcia getting rave reviews in camp, and Ole Miss transfer Jadon Jackson fighting for playing time.

The Wildcats should be comfortable favorites in their first three games against South Dakota, former Big 12 rival Missouri and Tulane. And if they get off to a 3-0 start, that would set up a big showdown at No. 9 Oklahoma to start conference play.

The rest of the schedule sets up favorably for the Wildcats. They get Oklahoma State and Texas at home, though they do visit Baylor, and finish with games against West Virginia and Kansas in which they should be favorites.