No. 8 Michigan State looks to stay in the race vs. Maryland 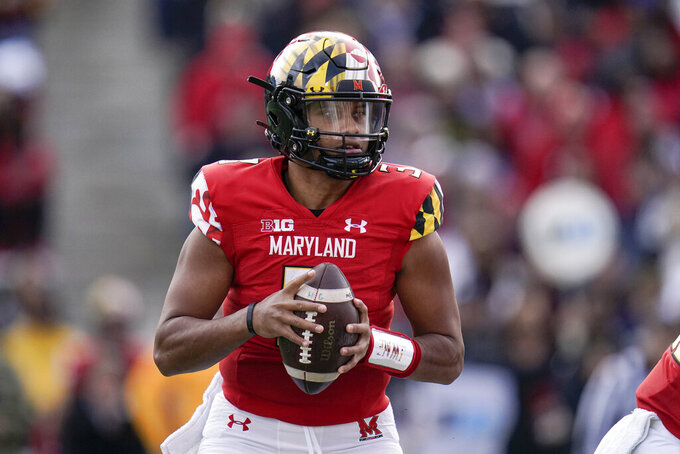 Line: Michigan State by 12 1/2, according to FanDuel Sportsbook.

Michigan State is coming off its first loss of the season and finds itself a game behind Ohio State in the Big Ten East Division standings. Another loss would virtually eliminate the Spartans’ chances of reaching the conference title game. They face the Buckeyes next weekend. Maryland still needs one more victory to become bowl eligible. It has dropped four of its last five contests.

Michigan State’s pass defense vs. Maryland QB Taulia Tagovailoa. The Spartans’ secondary has been sliced up by opposing quarterbacks over the last two games, allowing a whopping 942 yards passing. In conference play, they’ve given up a league-worst 321.2 yards passing per game. Tagovailoa has completed 70.5% of his passes this season, including 18 touchdowns.

Michigan State: RB Kenneth Walker III leads the FBS with 1,340 yards rushing and is seeking to become the first RB to win the Heisman Trophy since Derrick Henry (Alabama) in 2015. Walker followed up his 197-yard, five-touchdown performance against Michigan on Oct. 30 with 136 yards rushing and a touchdown at Purdue. Walker’s season total is the most by a Michigan State back since Jeremy Langford had 1,522 yards in 13 games in 2014.

The Spartans are 5-1 against the Terrapins since Maryland joined the Big Ten in 2014, including a three-game winning streak. ... Michigan State senior punter Bryce Baringer leads the Big Ten and ranks third in the FBS with his 49.0-yard average. ... The Spartans have forced six turnovers over their last three games and have a 32-point advantage in points off turnovers this season (62-30). ... Tagovailoa’s 41 completions last week against Penn State were the second-most in program history, only trailing Scott Milanovich’s 46 against Florida State in 1993. ... Terrapins TE Chigoziem Okonkwo caught 12 passes for 85 yards against the Nittany Lions, the second-most single-game receptions by a Maryland tight end.