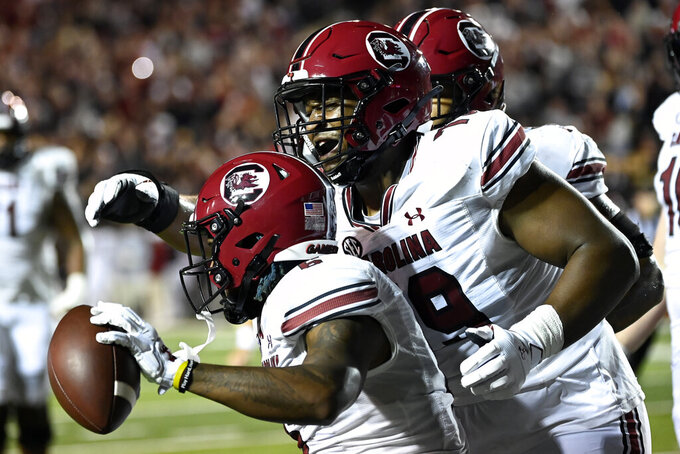 South Carolina defensive back Cam Smith (9) celebrates with wide receiver Josh Vann (6) after Vann caught a pass for a touchdown against Vanderbilt in the first half of an NCAA college football game Saturday, Nov. 5, 2022, in Nashville, Tenn. (AP Photo/Mark Zaleski)

Smith, the 6-foot, 188-pound junior, announced his decision on social media Friday. He is considered a first-round NFL draft pick.

Smith thanked his teammates, coaches, team personnel and fans. He said after discussing his options with his family, he was ready to move on to the pros.

“I am eager to pursue my dreams of playing in the NFL,” Smith wrote in his post. “But I will always be a Gamecock.”

Smith was part of a secondary that limited consecutive top-10 opponents in Tennessee (63-38) and Clemson (31-30) to close the regular season.

Smith's picture on his Twitter post showed him holding the Palmetto Bowl Trophy and smoking a victory cigar after defeating the rival Tigers last week.

Smith finished the season with 27 tackles and an interception.