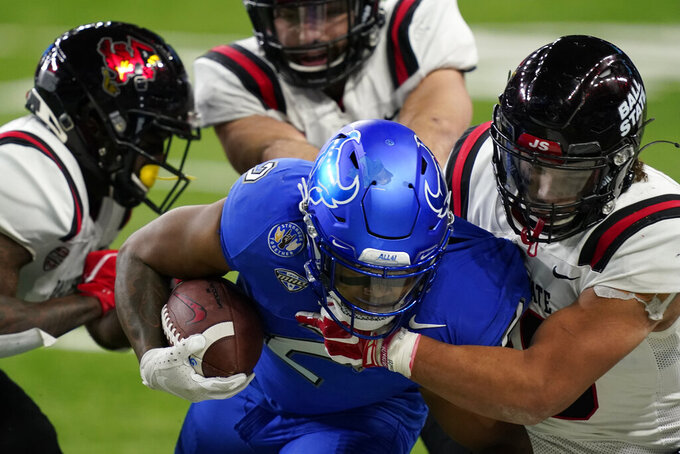 Marshall: Won its first C-USA Eastern Division title since 2014. Had its seven-game bowl winning streak snapped with a 48-25 loss to UCF in the Gasparilla Bowl. Started season with seven straight wins before sputtering offensively in losses to Rice (20-0) and UAB (22-13 in the league title game).

Buffalo: Captured the MAC Eastern Division championship and only loss came to Ball State, 38-28, in the MAC title game. Dropped from the Top 25 with that defeat. Seventh-year coach Lance Leipold was 110-6 in eight seasons at Wisconsin-Whitewater and won six Division III national championships, going 34-1 in the playoffs.

Marshall: Making its seventh bowl game in the past eight season. The Thundering Herd are 12-3 in bowl games, the highest winning percentage among teams with at least six bowl games.

Buffalo: Playing in its fifth bowl game after winning for the first time in last year's 31-9 victory over Charlotte in the Bahamas Bowl. Playing in a bowl game for the third straight season.