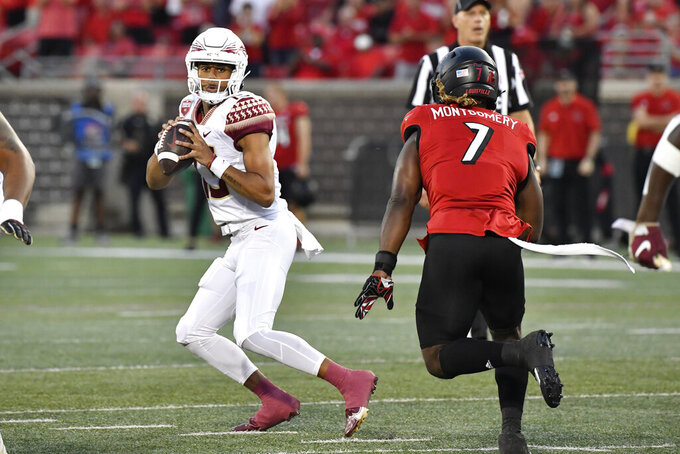 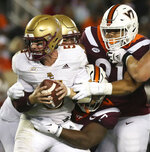 Line: Florida State by 17 ½, according to FanDuel Sportsbook.

The Seminoles are seeking their first 4-0 start since 2015. Florida State coach Mike Norvell was 0-6 in September in his first two seasons in Tallahassee but now could go 3-0 in 2022 (the Seminoles also routed Duquesne to open the season). Boston College has battled injuries along the offensive line, which have contributed to a rough start in coach Jeff Hafley’s third season.

Florida State: WR Johnny Wilson, an Arizona State transfer, led the Seminoles with seven receptions for 147 yards with two touchdowns in the win at Louisville. The 6-foot-7 Wilson is a tough matchup in the red zone against shorter cornerbacks. Former Florida State safety Jaiden Woodbey leads BC’s pass defense, which is 30th in the FBS (allowing just 179.7 passing yards per game).

Boston College: QB Phil Jurkovec has thrown for 738 yards and six touchdowns (with three interceptions) but his completion percentage is down to 59.4 due in part to pass protection issues (12 sacks). Still, Jurkovec has a talented receiver in Zay Flowers, who has 22 receptions for 285 yards and three touchdowns.

Florida State has won 12 of 16 matchups since BC joined the ACC in 2005, including 10 of the last 11. … BC is historically very good running the ball but is 130th (next to last) in the FBS with just 48 yards per game. … The Seminoles lost QB Jordan Travis to injury in the first half against the Cardinals, and it’s not clear if he or backup Tate Rodemaker will start on Saturday. … Flowers is a Fort Lauderdale native who had three catches for 92 yards and a touchdown last season vs. Florida State. … Three players have led Florida State in receptions in the first three games: Kentron Poitier vs. Duquesne, Ontaria Wilson against LSU and Johnny Wilson at Louisville.