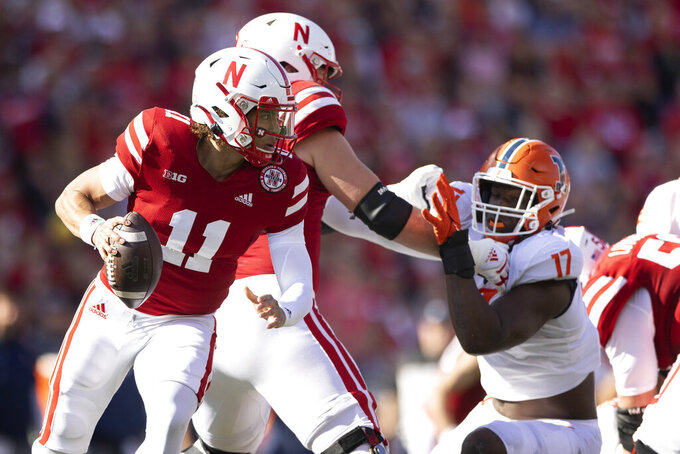 LINCOLN, Neb. (AP) — Nebraska quarterback Casey Thompson is listed as day-to-day for the game against Minnesota on Saturday because of an arm injury that knocked him out of last week's game.

Interim coach Mickey Joseph said Thompson was held out of practice Tuesday and backups Chubba Purdy and Logan Smothers split snaps evenly with the No. 1 offense.

Thompson, the Texas transfer who has started every game for the Huskers (3-5, 2-3 Big Ten), was hurt in the second quarter while throwing an interception. He got hit on the elbow on his right (throwing) arm, causing numbness in his hand.

Smothers played the rest of the first half and Purdy took over at the start of the second. The Cornhuskers, who lost 26-9, managed only 29 yards after halftime.

Smothers is considered the better runner and Purdy the better passer. Smothers' only start was last year in a 28-21 loss at Iowa. Purdy is in his first year at Nebraska after transferring from Florida State.

“He plays nervous sometimes and I just want him to breathe and calm down because (then) he plays better,” Joseph said. “He’s got to have more poise behind the center when he goes in a game. He wants to make a play so bad that he makes a bad play. We've got to do a better job as coaches to get him ready.”