Indiana considers QB change with No. 16 Penn St up next 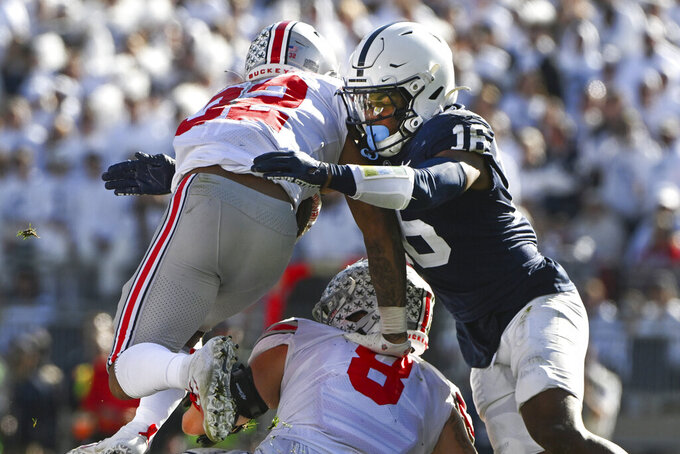 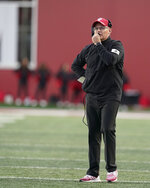 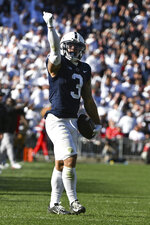 He might stick with Connor Bazelak as the starting quarterback. Allen could go with experienced backup Jack Tuttle, who plans to transfer at the end of the season. Or, with Indiana's postseason hopes fading, perhaps he'll get a glimpse of the future with someone such as freshman Brendon Sorsby.

Allen might even use some sort of combination. But he's keeping the decision hush-hush.

“We’re definitely going to be able to do that, already have done that,” Allen said when asked whether the coaching staff considered a quarterback change this week. “We will move forward with that position. I guess we’ll have to see how that plays itself out on game day.”

Indiana (3-5, 1-4 Big Ten) has lost five straight, largely because of an offense prone to slow starts and that, at times, struggled to stay on the field. The Hoosiers are coming off a bye week, allowing them more preparation time for the Nittany Lions (6-2, 3-2) with a possible new starter.

In five conference games, he's completed 55.9% of his throws for 251.6 yards with six touchdowns and six interceptions. His last win came Sept. 17, and against Rutgers, Bazelak produced only two scoring drives — Indiana's first and last possessions of the game.

That won't be anywhere near good enough against Penn State, which has won six games by double digits and lost twice to top-five teams.

“We have to find a way to do our very, very best to come out with the win,” Allen said. “It's a very talented football team, excited to see what they can draw out of us in a positive way.”

Penn State already made one trip to the Hoosier State this season — rallying to beat Purdue in the season opener.

But this team has changed. Nicholas Singleton and Kaytron Allen have energized what had been an anemic ground game while longtime quarterback Sean Clifford and sophomore receiver Parker Washington seem to have developed some real chemistry.

Now with four games left, only one against a team with a winning record, the defense has a chance to show how well it can play — regardless of who takes Indiana's snaps Saturday.

Allen might not be the only one contemplating a quarterback change.

With the Big Ten East championship now seemingly out of reach, Penn State coach James Franklin was peppered with questions this week about moving on from Clifford, the four-year starter in his sixth college season, and going with highly touted freshman Drew Allar?

“I guess that is where I struggle a little bit with there is still a ton of football left to be played,” Franklin said. “Whoever gives us a chance to be 1-0 this week and a chance to win a bunch of games this year, for all the guys in the locker room, that’s who we’re going to go with.”

That appears to be Clifford, who was still taking snaps with the starters during the open portion of Wednesday's practice.

Indiana's leading receiver Cam Camper will miss the rest of this season after tearing an anterior cruciate ligament. Who can replace Camper’s productivity? Perhaps some combination of Emery Simmons, Andison Coby and D.J. Matthews Jr.

“He (Coby) has made plays for sure, is a very explosive player, just needs to be consistent in his performance," Allen said.

Indiana has been looking for ways to get speedy running back Jaylin Lucs more involved Lucas returned the opening kickoff for a touchdown at Rutgers and now leads the FBS with an average of 30.9 yards per return.

Allen believes that explosiveness could give the offense a much-needed jolt, too.

“His quickness, burst, speed is elite,” he said. “A hard-nosed, tough competitor. He needs to be a huge part of our offense moving forward.”

Penn State offensive linemen were encouraged by last week's performance, 111 yards rushing on 33 carries — the most against No. 2 Ohio State since Week 4.

This week, though, they might be without left tackle Olu Fashanu, who was injured late in the game. Penn State has used three different starting combinations but the 6-foot-6, 308-pounder Fashanu has been one constant. It would be a big loss if he can't play.