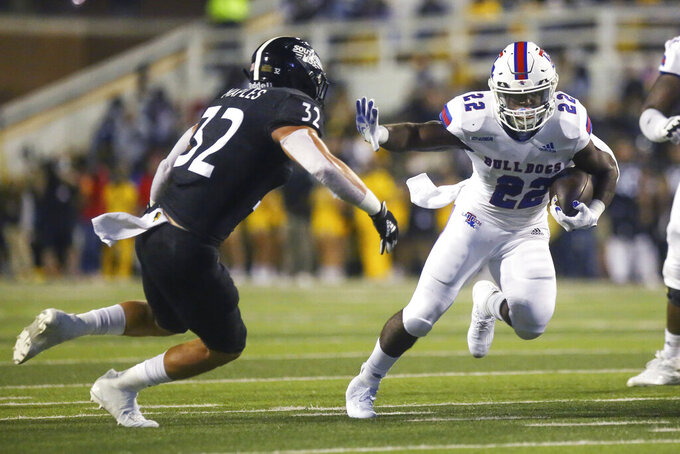 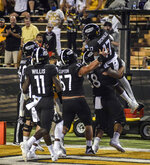 HATTIESBURG, Miss. (AP) — Griffin Hebert made a spectacular 4-yard touchdown catch underneath the goal post with 14 seconds left as Louisiana Tech rallied from a 17-point deficit to beat Southern Mississippi 31-30 on Saturday night in a Conference USA opener.

On fourth down, Luke Anthony scrabbled around the pocket and then tossed the ball to Hebert, who made a two-handed jumping catch while being pushed by two defenders out of bounds. Herbert kept his left foot just inside the end zone. The play was initially ruled incomplete and reversed after a lengthy review.

Anthony was 13 of 21 for 149 yards with three touchdown passes for Louisiana Tech in its season opener. Hebert finished with five catches for 48 yards including a 5-yard touchdown from starting quarterback Aaron Allen.

Jack Abraham was 24-of-32 passing for 264 yards with three touchdowns and an interception for Southern Miss (0-2, 0-1). Tim Jones had eight receptions for 160 yards and two touchdowns.

It was interim coach Scott Walden's debut for the Golden Eagles. He replaced Jay Hopson of Sept. 7. Hopson was 28-23 in five seasons at Southern Miss.

Capacity was limited to 25% at 36,000-seat M.M. Roberts Stadium. Six feet of social distancing was required and tailgating prohibited.