No. 17 Hawkeyes will try for 7th straight win over Nebraska 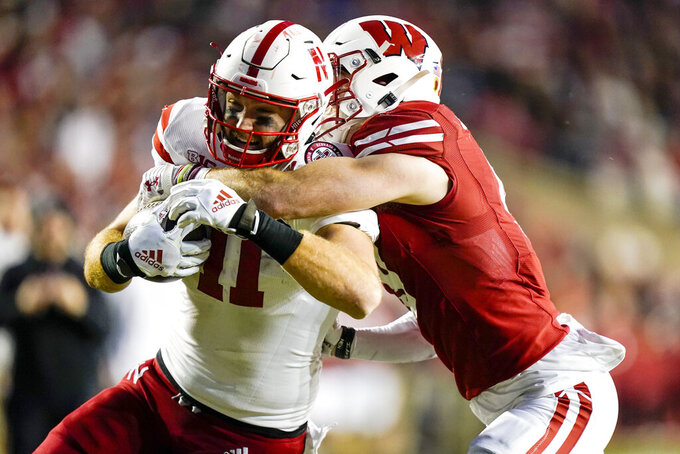 Line: Iowa by 1/2, according to FanDuel Sportsbook.

Iowa is on the cusp of its seventh 10-win season under Kirk Ferentz and still alive in the Big Ten West race. The Hawkeyes need a win, and have Minnesota beat Wisconsin in Minneapolis on Saturday, to go to the conference championship game for the first time since 2015. Nebraska will be trying to avoid the second nine-loss season in program history, and first since 1957.

Iowa's defense vs. Nebraska's offense. Iowa's banged up secondary caught a break when Nebraska QB Adrian Martinez was ruled out with a shoulder injury. The Huskers are coming off their best game against a high-quality defense in last week's loss at Wisconsin but probably will go with a conservative game plan with a first-time starter at quarterback.

Iowa: WR Keagan Johnson. The freshman is a budding star in the Big Ten, averaging 20 yards per catch on his 16 receptions, and will be returning to his home state. His father, Clester Johnson, played on two national championship teams at Nebraska in the 1990s.

Nebraska: QB Logan Smothers. The four-star recruit in 2020 has played a total of 60 snaps this season, half of them in the early September blowout of Fordham. He arrived at Nebraska with a glitch in his throwing motion that coaches say has been corrected. This will be a test to see if he can figure into the Huskers' quarterback plans in 2022.

Iowa is going for its seventh straight win over Nebraska and eighth in nine years. ... Iowa is 7-3 in the series since the Huskers joined the Big Ten. ... Iowa has won at least six conference games in three straight years for the first time under Ferentz. The last time Iowa did that was 1981-83. ... Nebraska's eight losses this season have been by a total of 49 points. ... Nebraska is playing a top-20 opponent for the third straight game. The Huskers are playing a third consecutive ranked opponent in the regular season for the first time since 1968. ... The teams play for the Heroes Trophy.