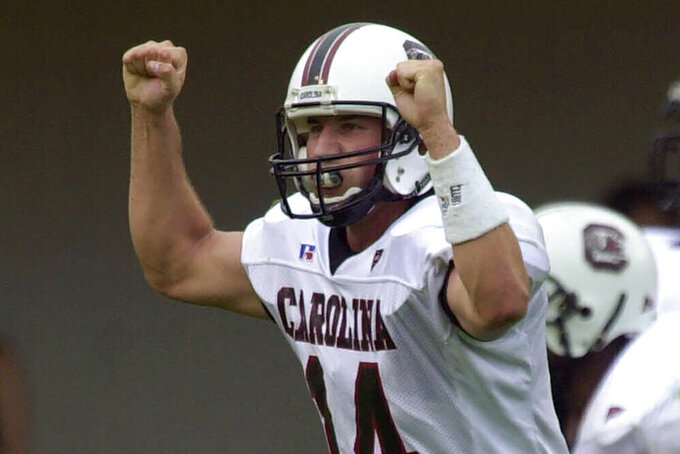 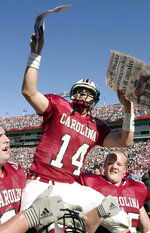 The university announced Petty's death on Thursday. No cause of death was given.

Petty was a part-time starter in 1999, when the Gamecocks went 0-11 in Holtz's first season. Petty took over the job full time the next season and engineered a turnaround: South Carolina went 17-7 with a pair of Outback Bowl victories over Ohio State after the 2000 and 2001 seasons.

Petty spent a season in the NFL with the Tennessee Titans before moving into coaching. He was a South Carolina grad assistant, and then spent five seasons on staff at East Carolina under Skip Holtz, Lou's son and South Carolina's former offensive coordinator.

Petty was among the top 10 in several career categories at South Carolina, including sixth with 454 pass completions, seventh with 5,652 yards passing and ninth with 28 passing touchdowns.