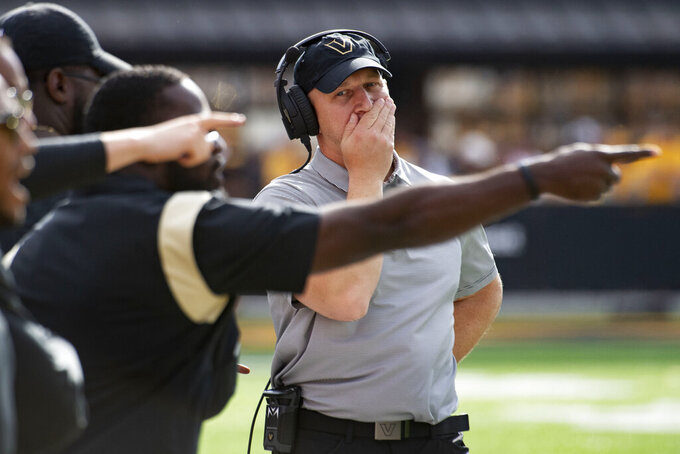 Lee released a statement Monday night that Vanderbilt has gotten several questions and concerns over Jackson's comment on Facebook, which was screenshotted and shared by watchdog group StopAntisemitism. Lee said an internal review began immediately with the issue now referred to the Equal Opportunity and Access office.

“It is important the university follow its standard process and conduct a thorough review of the complexities of this incident,” Lee said in a statement. “Coach Jackson and I have agreed that he will step back from his responsibilities with the team during the Equal Opportunity and Access office’s review.”

Jackson coached in Vanderbilt's loss to South Carolina last weekend after issuing an apology for a comment saying Ye was “two steps ahead of everyone else.” Lee and head coach Clark Lea issued a joint statement, saying it was being handled internally.

Ye has lost sponsors over antisemitic comments in interviews and social media, including a Twitter post earlier this month that he would soon go “death con 3 on JEWISH PEOPLE,” an apparent reference to the U.S. defense readiness condition scale known as DEFCON. His posts led to his suspension from both Twitter and Instagram.