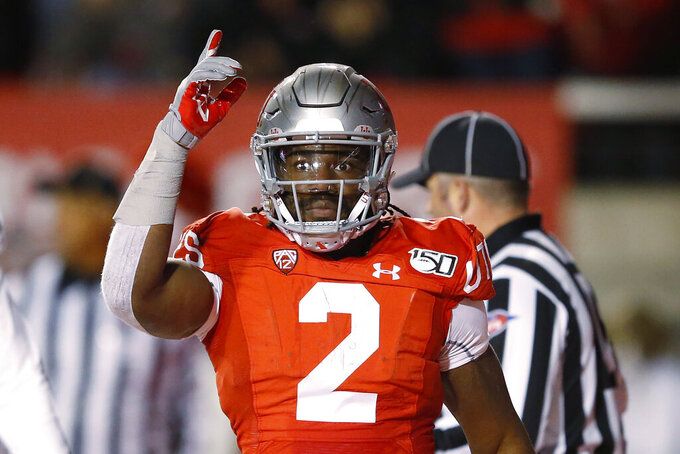 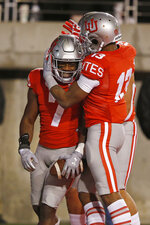 Oregon has locked up the Pac-12 North, but much remains uncertain for the conference — even for the sixth-ranked Ducks.

Coach Mario Cristobal’s team has a shot at a College Football Playoff berth, but it will need help from inside and outside the league. Oregon’s best hope is to face and beat No. 7 Utah in the conference championship game.

Only the Pac-12 South hasn’t been decided just yet.

A season-opening loss to Auburn dealt a major blow to the Ducks’ playoff aspirations. They responded with a string of victories in a conference known for cannibalizing its contenders.

“The best part about our guys, and it sounds like a broken record every time I come here and see you guys after a game, our guys feel like we still haven't played our best football,” Cristobal said.

The Ducks (9-1, 7-0) have two more regular season games, the first at Arizona State (5-5, 2-5) on Saturday, and the Civil War rivalry game at home against Oregon State on Thanksgiving weekend.

Following Oregon’s 34-6 win over Arizona on Saturday, quarterback Justin Herbert looked back to his freshman year, when the Ducks went 4-8 under Mark Helfrich. Then there was Willie Taggart’s lone season before Cristobal steadied the ship. Now there’s a chance to do something special.

“It’s a sign of all the hard work that we’ve put in, and it’s a great opportunity for us," Herbert said.

Huskies coach Chris Petersen said the tough part about this season was losing games the team felt it should have won.

“I know it’s just sports and there’s a lot more things in life that are important than that, winning and losing football games. We all get that. But in terms of the energy and importance, and the effort that everybody puts into it, it is hard to reload and stay focused. And keep scratching and keep clawing, keep supporting each other,” Petersen said. “That’s hard. I think there’s a lot of good that can come out that. Not just for these kids football-wise but other things down the road.”

This is where it gets complicated.

Utah looked simply dominant in its 49-3 victory over UCLA this past weekend. The Utes (9-1, 6-1) were picked in the preseason to win the conference title.

Meanwhile, USC (7-4, 6-2) is still lurking. While the Trojans have fewer overall victories than Utah, they have that all-important victory over the Utes at the Coliseum earlier this season.

Utah has won six straight since that loss, and now the Utes are trying to stay focused while taking in more national attention.

"It certainly gets louder and there is more of it, but you still have to take the same approach and the same M.O. of just not listening to it and keeping your vision and focus with what the immediate task at hand is,” coach Kyle Whittingham said. “Our guys to this point have done a great job of that and here we are with the last two games of the regular season and hopefully we don't deviate from that now."

BOWL ELIGIBILITY: Just four teams — Oregon, Washington, USC and Utah — have the prerequisite six wins for bowl eligibility in the league at this point. In 2018 the Pac-12 passed a rule requiring teams to have six, so no five-win teams will qualify.

The winner of this week’s game between Washington State and Oregon State in Pullman will become bowl eligible. Technically, 11 Pac-12 teams can earn a spot in the postseason. It’s unlikely, but possible.

The conference could also wind up with only five bowl-bound teams.

“There is parity,” Petersen said. “It is hard to win. Look at the scores and all those types of things. I know as the season goes on things shake out but I look at what is going on this weekend and I’m like ‘yup, everybody has a good chance to win.’ And there are no gimmees. You better play good or you’re going to get beat.”