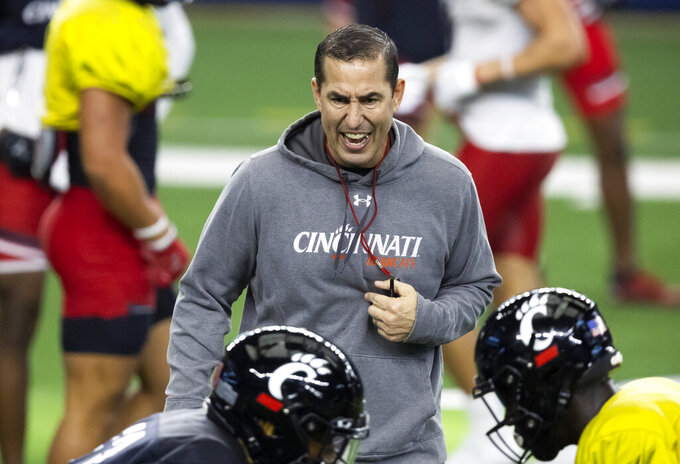 Fickell announced the hiring of the 60-year-old Coombs on Tuesday. He replaces Perry Eliano, the Bearcats' cornerbacks coach who left to coach safeties at Ohio State.

Coombs is a native of Cincinnati who was a longtime high school football coach in the city before initially working on the Bearcats staff in 2007-11. He and Fickell were defensive assistants on Urban Meyer's Ohio State staff from 2012 to 2017, including the 2014 national championship team.

“Kerry has had tremendous success everywhere he has been at the high school, college and professional levels because he’s an exceptional motivator and teacher of the game," Fickell said. “Coaching with him, I’ve seen firsthand the positive impact Kerry can have on a program.”

Ohio State coach Ryan Day brought Coombs back to the college ranks from the Tennessee Titans staff in 2020 to be the defensive coordinator for the Buckeyes. But the unit never lived up to Day's vision, and Coombs was demoted as the defensive play caller after the No. 6 Buckeyes gave up 505 yards in a 35-28 loss to No. 12 Oregon last Sept. 11.

Cincinnati advanced to the College Football Playoff in 2021, while Ohio State had another poor defensive showing in losing to Michigan, which kept the Buckeyes outside the final four for the first time in three seasons.

Safeties coach Colin Hitschler was promoted to co-defensive coordinator, and Walter Stewart was hired away from Temple to coach linebackers.