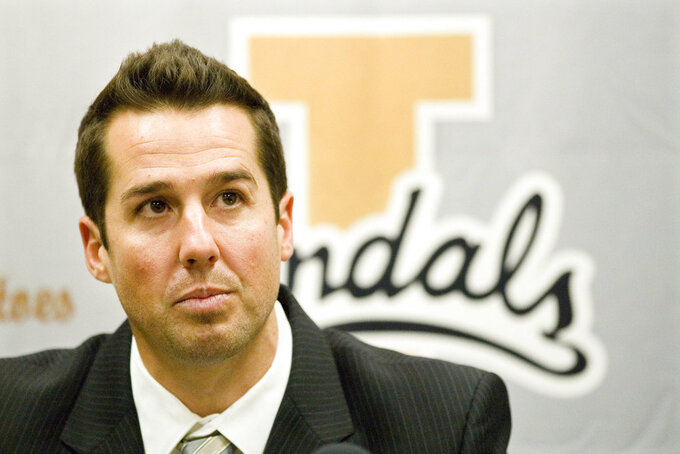 Schulz and Chun issued a joint statement after the school newspaper, The Daily Evergreen, published an extensive article about the harassment allegations.

"It is important to reiterate that the university followed its established procedures to review the matter and found no violation of Washington State University policy," the statement said. "The allegations were taken seriously and addressed at the appropriate level."

Gesser, who is married and has three children, did not immediately return telephone and email messages seeking comment

He is an assistant director for the Cougar Athletic Fund, which raises money for WSU sports teams.

Gesser is a former WSU quarterback who led the Cougars to the 2003 Rose Bowl, before embarking on a professional playing and college coaching career. He returned to work at WSU in 2013.

The statement from the two administrators said an investigation was launched by the university's Office for Equal Opportunity after officials became aware of the allegations against Gesser last December.

Investigators interviewed or attempted to interview all those involved, and found no violations of policy, the statement said.

"Human resources staff worked with Director of Athletics Pat Chun to directly address with Mr. Gesser the issues raised in the report," the statement said.

The Daily Evergreen reported Thursday that it had obtained hundreds of pages of public records involving allegations of sexual harassment against Gesser, some dating back to 2014.

The allegations include that he made advances on student interns and co-workers, some as recently as 2017.

The newspaper also reported an allegation that Gesser used WSU funds to fly a woman to a WSU golf event in Cle Elum in 2016.