No. 16 Louisiana-Lafayette gets UTSA in First Responder Bowl 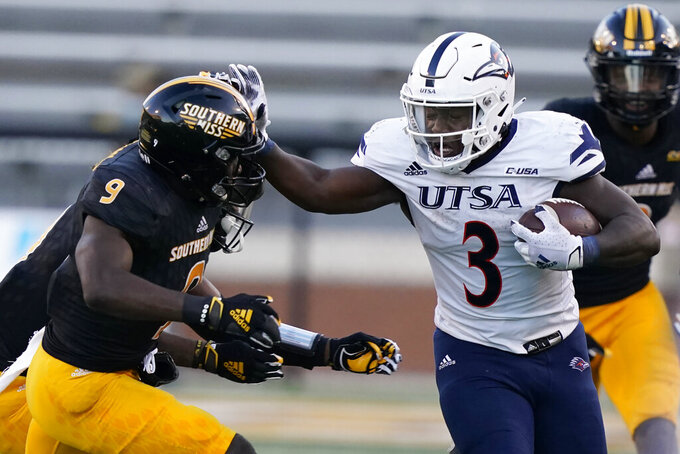 UTSA: The Roadrunners initially were heading to the Frisco Bowl, but that game’s cancellation caused them to seek a new postseason game to play. UTSA opened the season with three straight victories, then lost four of their next five before closing with three straight wins. A bowl victory would give UTSA eight wins to match the program’s single-season record set by the 2012 team that finished 8-4.

Louisiana-Lafayette: The Ragin’ Cajuns were declared Sun Belt co-champions along with No. 9 Coastal Carolina (No. 12 CFP) after their Sun Belt championship game matchup was canceled. Louisiana-Lafayette has won six straight since falling 30-27 to Coastal Carolina on Oct. 14. The Ragin’ Cajuns opened the season with a 31-14 victory over No. 12 Iowa State (No. 10 CFP), which is headed to the Fiesta Bowl.

This will be the first meeting between these teams.