Tebow reassigned to minors by Mets after going 2 for 13 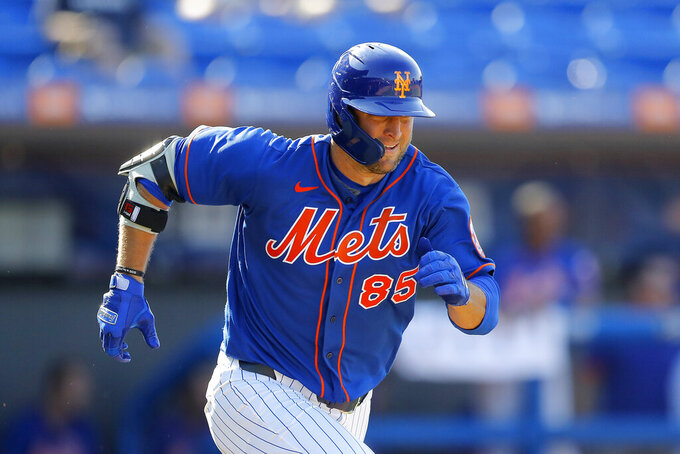 PORT ST. LUCIE, Fla. (AP) — Tim Tebow was reassigned to minor league camp by the New York Mets on Friday after going 2 for 13 in spring training with his first extra-base hit in four years.

The 32-year-old outfielder and former Heisman Trophy-winning quarterback homered against Detroit's Alex Wilson on Feb. 25. He also had three walks.

He batted .163 in 77 games last season at Triple-A Syracuse in his second straight injury-shortened season. He did not play after July 21 because he cut his left hand while fielding a ball in the outfield. Tebow hit .273 with six home runs, 14 doubles and 36 RBIs in 84 games for Double-A Binghamton in 2018, when his season ended July 18 because of a broken bone in his right hand.