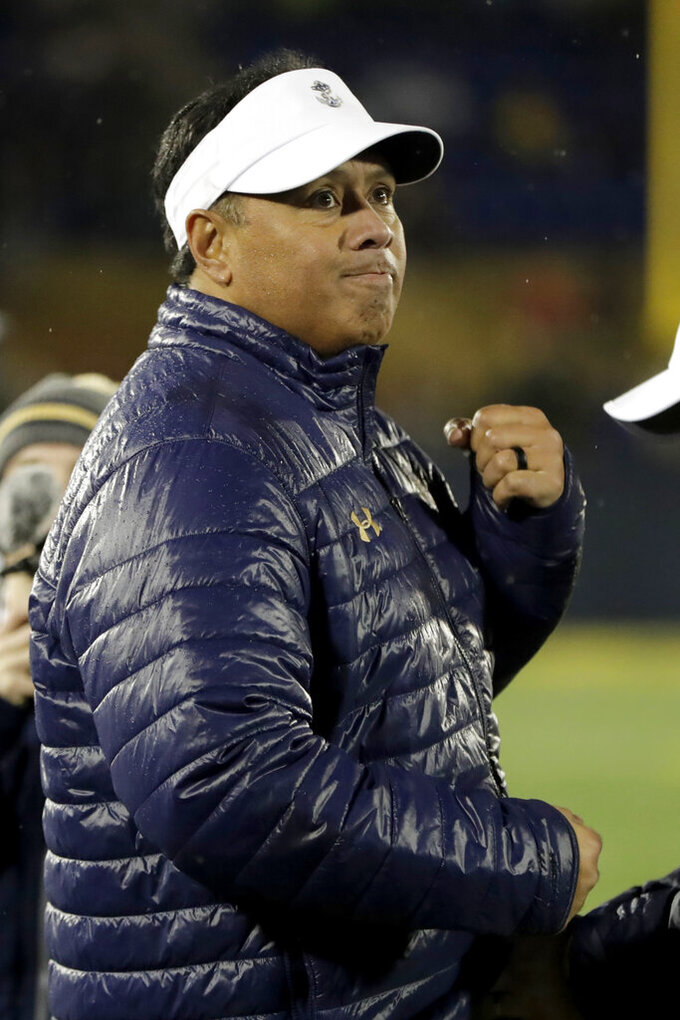 Houston's defense against Navy QB Malcolm Perry. The Cougars rank 116th in the nation by allowing 459.6 yards a game and Perry leads Navy's triple option, which is 24th in the country with 455.4 yards a game. Perry had a career-high 38 carries for 195 yards and two touchdowns and threw for 162 yards and another score last week to lead the Midshipmen to a win over SMU. He's rushed for at least 100 yards in seven straight games, and a 100-yard rushing game on Saturday would tie a school record.

Navy: LB Diego Fagot. The sophomore had 10 tackles including one for a loss against SMU. He leads the team with 79 tackles and ranks second on the team with 8 1/2 tackles for losses.

Navy's only win over Houston came in 2016 when the team beat the No. 6 Cougars 46-40. ... The Midshipmen have 63 tackles for losses and 24 sacks. The 24 sacks are the team's most since 2006 when it had 29. ... Navy's run defense ranks 15th in the nation by allowing 107.3 yards a game. ... Houston has blocked six kicks this year, which ranks first in the nation. Five of those blocks have come on punts, which also leads the country. ... Saturday will be the sixth time this season Houston has faced an opponent in the Top 25. ... Houston S Grant Stuard leads the team with 87 tackles and has nine tackles for loss, one sack and has broken up three passes.