No. 23 SMU visits Memphis eager to bounce back off 1st loss 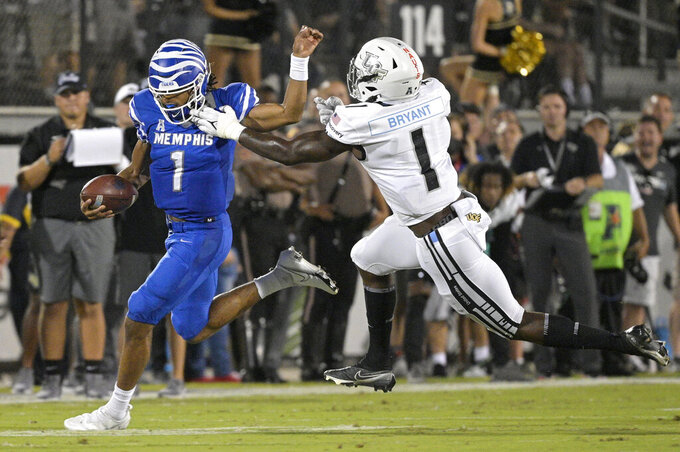 Line: SMU by 4 1/2, according to FanDuel Sportsbook.

No. 23 SMU needs a win to bounce back from its first loss of the season. The loss to Houston on a late kickoff return for a touchdown dropped the Mustangs four spots in the Top 25. Another loss would end the Mustangs' hopes for the league title with a game at No. 2 Cincinnati still on the schedule. Memphis can take a big step toward salvaging coach Ryan Silverfield's second season with an upset in a series the Tigers have had the edge.

SMU QB Tanner Mordecai, the American Athletic Conference's top passer, against Memphis' defense. Mordecai leads the league throwing for an average of 328.1 yards per game with 32 TD passes, and he's averaging an AAC-high 350.1 yards of total offense per game. Memphis has the league's top two tacklers and has held its last two opponents below 300 yards total offense.

SMU: RB Tre Siggers. He has scored at least one TD rushing in four straight games, and he had a TD run and TD catch in the loss to Houston. He leads SMU with 517 yards rushing on 114 carries.

Memphis: WR Calvin Austin III. He’s the league’s leading receiver and sixth nationally averaging 112.6 yards receiving per game. He's fourth in the conference in scoring with eight TD catches, and Austin also has scored off a rush and a punt return.