No. 23 Utah travels to UCLA in key Pac-12 South matchup 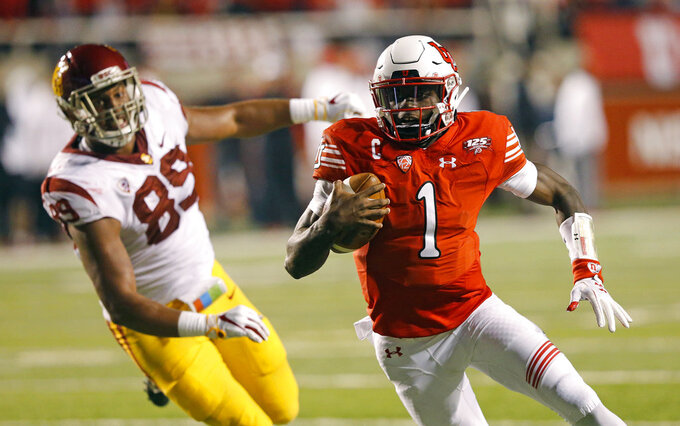 The Pac-12 South is up for grabs with four of the six teams having two conference losses. Utah, which is on a three-game winning streak, is tied with USC at 3-2 but UCLA finds itself a part of the conversation with two straight wins and a .500 mark in league play.

Utah's defense vs. UCLA RB Joshua Kelley: The Utes lead the nation in rushing defense and over the last four games are allowing just 46.8 rushing yards per game. They face a strong challenge this week from Kelley, who is the first UCLA running back since 2002 to have four straight 100-yard games. Kelley rushed for 136 yards on a career-high 31 carries in last week's win over Arizona.

Utah: Tyler Huntley. The junior quarterback had 374 yards of total offense and threw for four touchdowns in last week's win over USC.

UCLA: Keisean Lucier-South. The junior linebacker is tied for fifth in the conference with 4.0 sacks and is fifth in tackles for loss with 9.5.

This is the second meeting between UCLA's Chip Kelly and Utah's Kyle Whittingham as head coaches. Kelly's Oregon squad defeated Utah 31-24 in 2009. . Utah is ranked for the first time this season, becoming the ninth different Pac-12 team to appear in the poll. . The Utes are averaging 41 points per game during their three-game winning streak. . UCLA has forced nine turnovers in its last three games. . Bruins kicker JJ Molson has made 17 of his last 19 field goal attempts over the past two seasons.