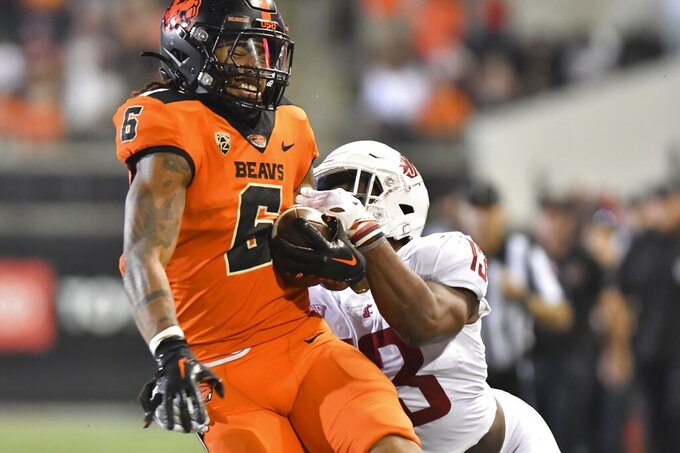 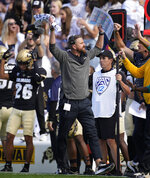 Line: Oregon State by 24, according to FanDuel Sportsbook.

Oregon State is one win away from bowl eligibility for the second straight season. The Beavers are coming off a 24-10 victory over Washington State last weekend. The Oregon State defense had six sacks in that game. Colorado is coming off its first win of the season, a 20-13 victory in overtime over Cal. The Buffaloes are playing under interim head coach Mike Sanford. Karl Dorrell was fired after Colorado opened the season 0-5.

True freshman quarterback Owen McCown is the starter Saturday for Colorado, even though J.T. Shrout came off the bench in the third quarter against Cal and led the Buffs to victory. McCown had taken a hard hit earlier in the game. He'll be challenged by Oregon State's defense, which had an interception and 10 pass breakups against Washington State, in addition to the six sacks. The Cougars' 10 points were the fewest for the team since 2017.

Colorado: Receiver Montana Lemonious-Craig's acrobatic catch in overtime gave the Buffaloes their victory. He finished with eight catches for 119 yards, a career best.

Oregon State: Running back Damien Martinez became the first true freshman to run for more than 100 yards in a game since Jermar Jefferson in 2008. He had 111 yards rushing against the Cougars. Martinez is averaging 10.2 yards a carry over the last two games.

The Buffaloes won last year's meeting 37-34 in double overtime. B.J. Baylor scored on a 1-yard run in OT, but Cole Becker hit a 43-yard field goal for the victory. ... The Beavers held the Cougars to just 23 rushing yards last weekend. .... Colorado has won three of the last four games in the series, including the last two in Corvallis. ... The victory over Cal snapped a six-game losing streak for the Buffs that stretched back to last season. ... Colorado will likely be without running back Deion Smith in Corvallis. Smith was hurt in the fourth quarter against the Golden Bears and was carted off. But the injury is not as bad as feared. ... Oregon State's defense ranks third in the Pac-12 for average yards allowed with 359.6.