Boston College and East Carolina to meet in Military Bowl 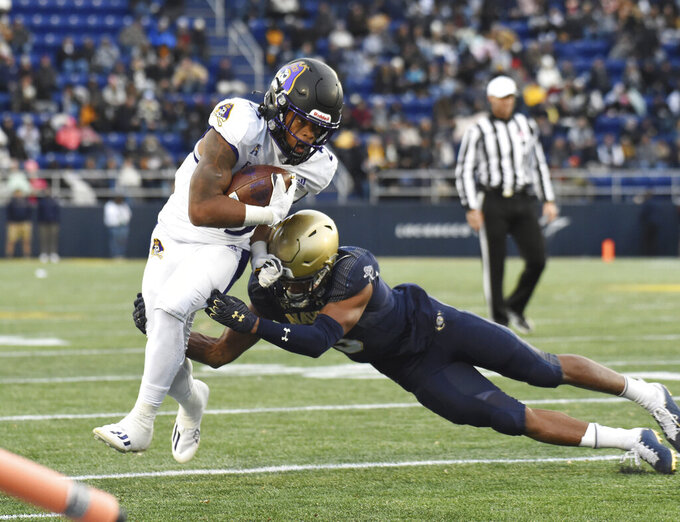 East Carolina: RB Keaton Mitchell is a first-team all-conference pick who led the league with 1,132 rushing yards and in all-purpose yards per game (115.83).

East Carolina: Coach Mike Houston has agreed to the terms of a contract running through the 2026 season. It's the Pirates' first winning season and bowl berth since 2014. Had a four-game win streak snapped 35-13 by playoff-bound Cincinnati in the regular-season finale.

Boston College: Dropped its last two games, 26-23 to Florida State and 41-10 to Wake Forest. The game marks a homecoming of sorts for 13 players from Maryland, Virginia and Washington, D.C. Associate head coach Aazaar Abdul-Rahim also is a native of Washington.

East Carolina: Second appearance in the Military Bowl, following a 51-20 loss to Maryland in the 2010 game. First bowl game since 2014.