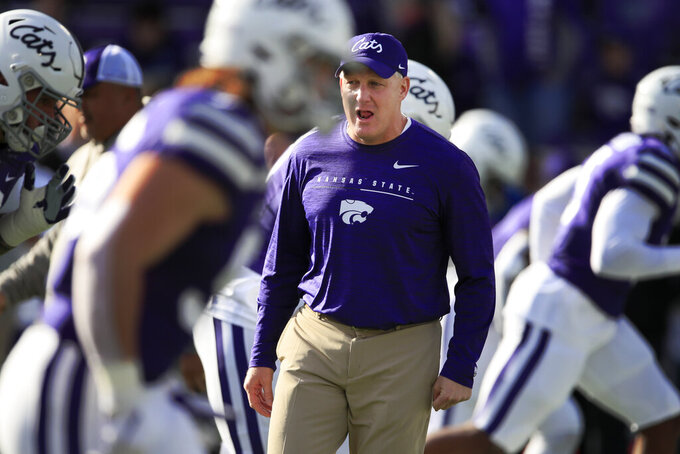 MANHATTAN, Kan. (AP) — Kansas State football players have called off a threatened boycott in response to an insensitive tweet by a student about the death of George Floyd.

The decision, announced on social media by several players, follows moves by the school to address diversity concerns.

“We appreciate the diligent work of our university and athletics administration as we work through these important issues,” according to the letter posted on Twitter. “The plans and action items released Wednesday are great first steps in our goal of defeating hate and racism on our campus, and therefore, we have decided to return to workouts with our teammates.

“However, we know that this process is far from completed, and should it slow or diminish for any reason we would re-evaluate the situation and our options at that time.”

Last week, one month after Floyd died when a white Minneapolis police officer pressed his knee on the Black handcuffed man’s neck, Kansas State student Jaden McNeil tweeted: “Congratulations to George Floyd on being drug free for an entire month!”