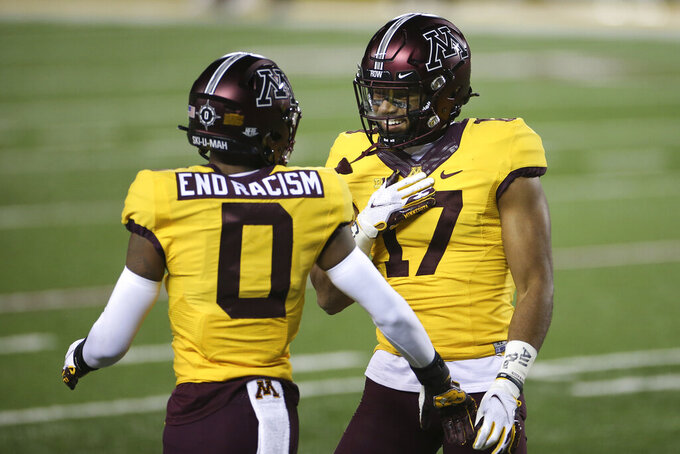 MINNEAPOLIS (AP) — Minnesota star wide receiver Rashod Bateman decided Wednesday to end his season early out of concern over COVID-19, the day after the Gophers canceled their game against Wisconsin due to a rise in cases within the program.

Bateman, a widely projected first-round pick in the 2021 NFL draft who was the Big Ten Receiver of the Year award winner in 2019, made his announcement on Twitter. Bateman had COVID-19 this summer and initially opted out of his junior season in August, shortly before the Big Ten shelved fall sports. When the conference enhanced COVID-19 protocols and relaunched the schedule, Bateman rejoined the Gophers and had his eligibility restored by the NCAA.