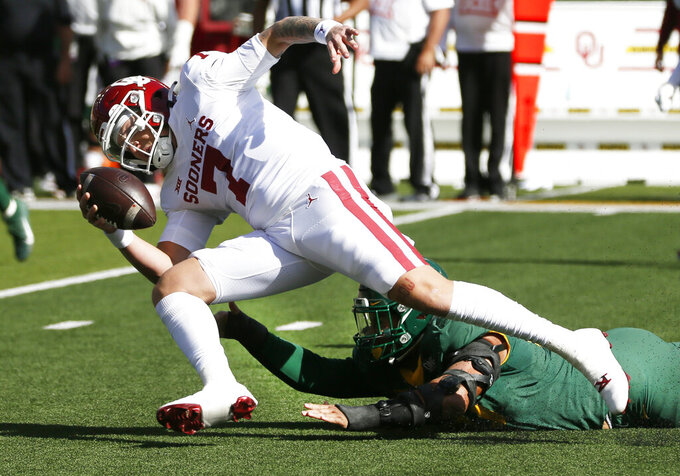 Oklahoma quarterback Spencer Rattler, a preseason All-American who lost the starting job early in the season, announced on social media Monday that he will enter the transfer portal.

The decision came a day after coach Lincoln Riley’s decision to leave for Southern California.

Rattler was a five-star prospect and the top high school quarterback in the class of 2019. After a successful 2020 season, he entered this season as a potential Heisman Trophy candidate. But he struggled at times to move the team and was booed by the home fans during a close call against West Virginia.

He was benched after a slow start against Texas, and Caleb Williams took over and rallied the team to victory. Williams kept the starting job, though Rattler eventually regained favor with the fans. For the season, the Phoenix native completed 75% of his passes for 1,483 yards with 11 touchdowns and five interceptions.

In 11 games last season, Rattler passed for 3,031 yards with 28 touchdowns and seven interceptions. He led the Sooners to a 55-20 win over Florida in the Cotton Bowl, setting up all the hype heading into this season.

Rattler’s decision also comes as a number of Oklahoma recruits have chosen to decommit. Five-star quarterback Malachi Nelson, one of the top prospects in the class of 2023, is just one of those to open up his options.