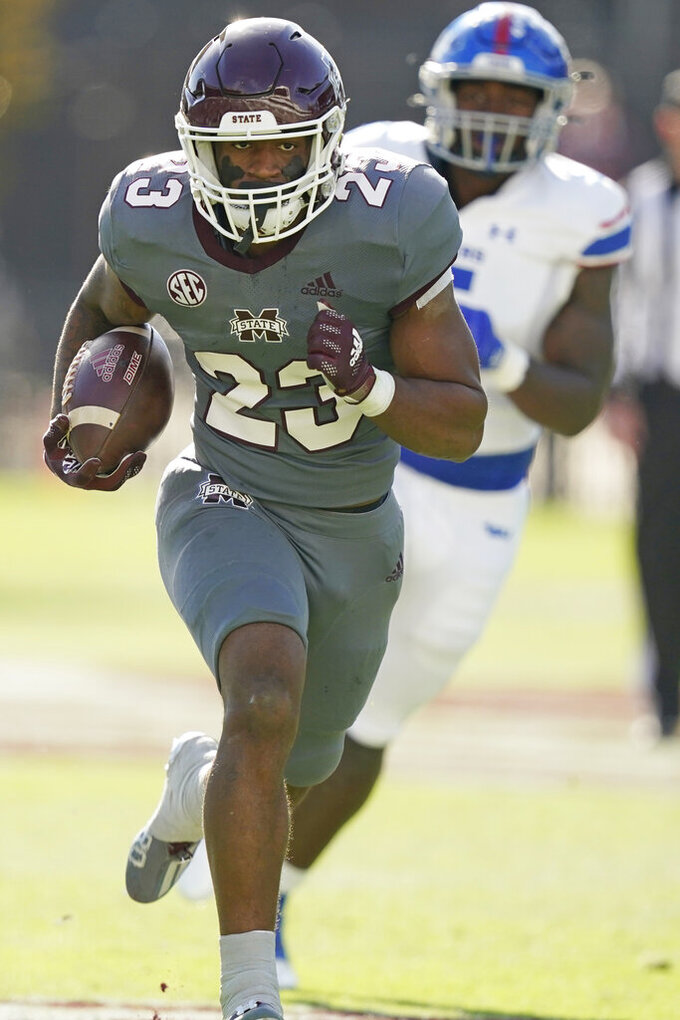 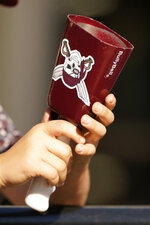 Then he surpassed Prescott’s mark in passing yards on their second possession.

And he was far from done.

Rogers threw for 391 yards and five touchdowns to lead the Bulldogs to a 55-10 rout of the Tigers on Saturday in Starkville.

“I think it was kind of a tough time to play us and not such a bad time to play them,” said Bulldogs head coach Mike Leach, who picked up his 150th career win.

Mississippi State (7-4, 4-3 SEC) clinched bowl eligibility last week with a comeback win at Auburn and won Saturday for the fourth time in five games. The Bulldogs looked sharp in their tune-up before Thursday’s Egg Bowl rivalry game with Ole Miss.

Rogers’ 21-yard toss to Williams to cap a strong opening drive was the sophomore signal-caller’s 30th touchdown of the year, while an 8-yard pass to Jamire Calvin on the second series pushed him past the 3,793 passing yards Prescott posted in 2015. Rogers finished the game with 4,113 yards with one regular-season game and a bowl game remaining.

“Anytime to have your name in the same company as Dak Prescott, it’s pretty incredible,” Rogers said. “I never really imagined that would happen.”

Rogers threw six touchdowns with no interceptions last week at Auburn to lead the Bulldogs to the 25-point comeback win. He's now thrown 34 touchdown passes against eight interceptions this season.

Mississippi State scored 21 points in the first quarter and 14 in the second and third. Tennessee State failed to score until the fourth quarter.

Rogers had three touchdowns of 30 yards or more — a 30-yard toss to Williams, a 56-yard catch-and-run score by Heath and a 50-yard deep shot to Polk. Williams’ first three catches of the game were all touchdown grabs.

“It felt awesome,” Williams said. “It just worked out kind of that way today. I had a couple of opportunities. Will threw some really good balls.”

Rogers’ improvement has been one of the main reasons the Bulldogs have won five of seven games since a 2-2 start.

“I just think we’re getting better,” Leach said. “We’re a different team than we were early in the season.”

Tennessee State: The Tigers couldn’t get anything going on offense for much of their season finale. They got on the scoreboard with a 43-yard field goal by James Lowery in the fourth quarter after being shut out for more than 48 minutes. Micheal Mitchell added a 5-yard touchdown run with 3:03 left.

Mississippi State: The Bulldogs’ offense proved to be in good shape Saturday, not missing a beat against the Tigers. Mississippi State totaled 600 yards, racked up 23 first downs and averaged 9.8 yards per play to Tennessee State’s 3.4.

Leach picked up his 150th win as a college football coach Saturday.

He won his 11th game at Mississippi State after 84 victories at Texas Tech and 55 at Washington State.

Mississippi State was the first team outside the AP Top 25 on Sunday and could find itself in the rankings this week. If so, it would set up an Egg Bowl matchup of two ranked teams.

Tennessee State’s season is over.

Mississippi State will host Ole Miss on Thursday for the Golden Egg Trophy.