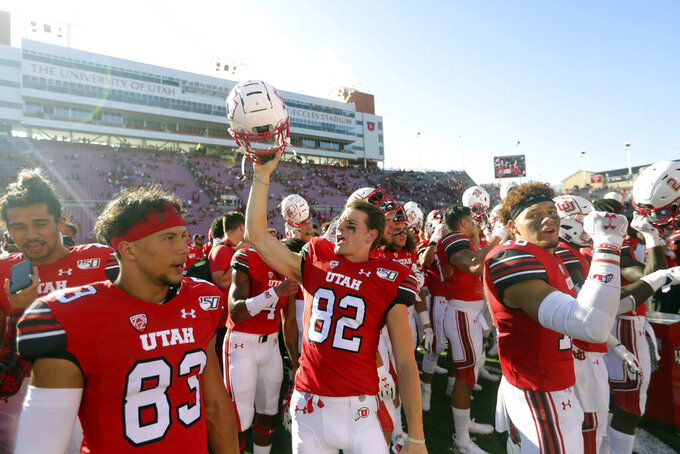 California and Arizona State moved into the AP Top 25 college football poll to give the Pac-12 six ranked teams, the most for the conference in almost four years.

A weekend filled with blowouts left the top half of the AP media poll presented by Regions Bank mostly unchanged.

Clemson remains No. 1, with 57 of the 62 first-place votes, as the top nine held their spots Sunday. Alabama was No. 2, receiving five first-place votes, followed by Georgia, LSU, Oklahoma, Ohio State, Notre Dame, Auburn and Florida.

The ninth-ranked Gators were the only top-10 team to play a competitive game. The others won by a combined 428-97.

The Pac-12 took a fair amount of grief the first week of the season after it suffered a few upsets to Mountain West teams and Oregon let a potentially big victory slip away against Auburn.

Now the conference has had a mini-resurgence, despite issues with some of its typically strong teams.

Stanford started the season ranked, but is 1-2 after getting dominated by UCF on Saturday. Southern California had a brief stay at the bottom of the rankings last week, falling out after losing in overtime at BYU on Saturday.

Overall, the results were OK this past weekend for the Pac-12. The conference went 8-4 in nonconference play, including Arizona State's victory at Michigan State and Arizona beating Texas Tech. Though Colorado's loss to Air Force put the Pac-12 at 4-4 against the Mountain West this season.

No. 25 TCU also joined the rankings this week for the first time this season. The Horned Frogs beat Purdue 34-13 in West Lafayette, Indiana, on Saturday.

—Michigan State fell from the rankings after its 10-7 loss to Arizona State. The Spartans were swept in a home-and-home by the Sun Devils the last two seasons by a combined 26-20.

—Maryland is out after one week. The Terrapins went from scoring 63 in a victory against Syracuse to losing 20-17 to Temple.

—The next three games for USC are against Utah at home, at No. 22 Washington and at No. 7 Notre Dame.

For a second straight week, the Southeastern Conference has three top-five teams and half of the top 10.

No. 7 Notre Dame at No. 3 Georgia. Return match from Georgia's 20-19 victory in South Bend, Indiana, two years ago.

No. 11 Michigan at No. 13 Wisconsin. Fox's first Big Noon game which is both big and starting at noon.