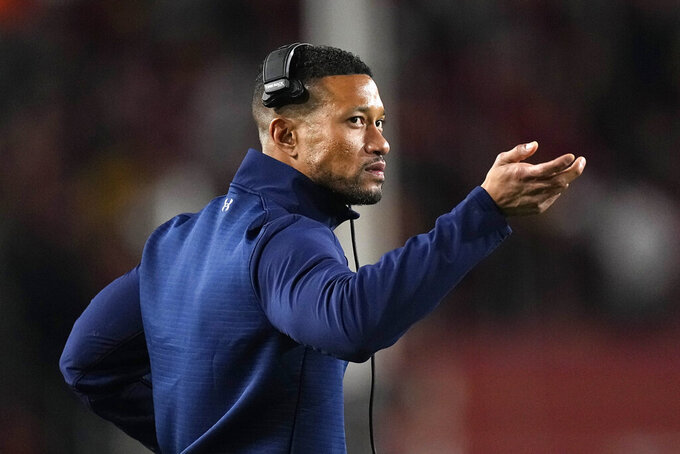 South Carolina: WR Antwane “Juice” Wells Jr., 63 catches, 898 yards, six touchdowns. He had 20 receptions for 308 yards and two touchdowns combined in the Gamecocks wins over No. 6 Tennessee and No. 10 Clemson to close the season.

Notre Dame: TE Michael Mayer, 67 catches, 809 yards, nine touchdowns. He totalled 21 catches for 280 yards and a touchdown in the Fighting Irish's five-game win streak in the second half of the season.

South Carolina: The Gamecocks could be the hottest team heading into the bowl season after knocking Tennessee and Clemson out of College Football Playoff contention with wins over the final two weeks of the regular season. Quarterback Spencer Rattler has said he expects to play in the bowl game.

Notre Dame: Fighting Irish quarterback Drew Pyne announced after the final week of the season that he'd enter the transfer portal and skip the bowl game. Pyne took over after Notre Dame's 0-2 start to win eight of 10 games including a 35-14 win over No. 5 Clemson on Nov. 5.

South Carolina. The Gamecocks are 10-14 in bowls, including 0-3 in three previous Gator Bowls.

Notre Dame: The Fighting Irish reached their sixth straight bowl game and 11th in 12 season. Notre Dame is 19-21 all time in the postseason, including 1-2 in the Gator Bowl.