Clemson receiver Higgins returns in 2nd half of Fiesta Bowl 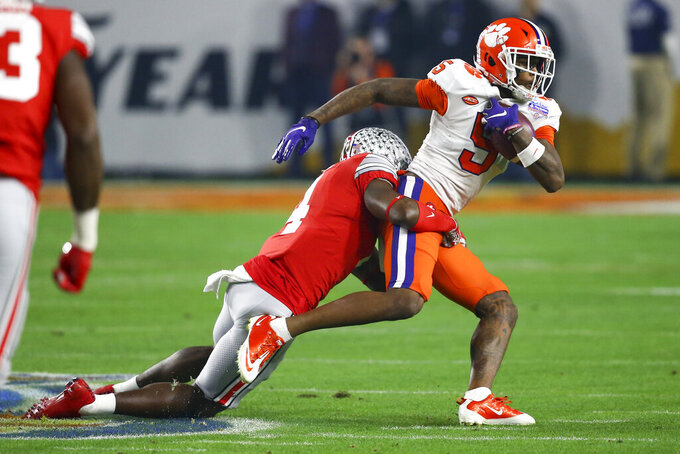 GLENDALE, Ariz. (AP) — Clemson's top receiver Tee Higgins returned to the field in the second half after being injured early against No. 2 Ohio State in the Fiesta Bowl.

Higgins was injured in the first quarter of Saturday night's College Football Playoff semifinal after being hit along the sideline.

Higgins lost his helmet on the hit and was attended by Clemson's trainers before heading to the locker room with a towel over his head.

Higgins returned for the start of the second half.

The junior receiver leads the second-ranked Tigers with 1,082 yards and 13 touchdowns on 52 catches.

Clemson struggled without Higgins, trailing 16-0 midway through the second quarter before pulling within two by halftime.