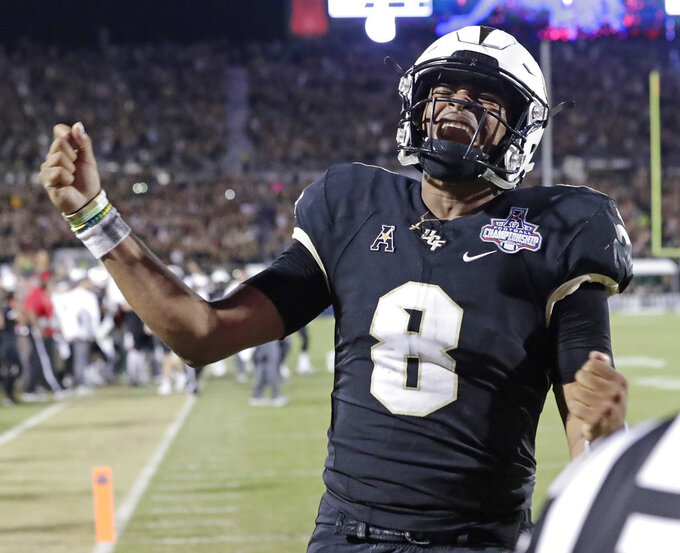 LSU: QB Joe Burrow. The junior threw for 2,500 yards and 12 touchdowns with four interceptions during the regular season.

UCF: The Knights finished a second straight undefeated regular season, but were left out of the College Football Playoff again. UCF proclaimed itself national champion last year after finishing as the only undefeated FBS team.

LSU: The Tigers knocked off No. 2 Georgia during the regular season, but were blown out by top-ranked Alabama to fall out of the playoff race.