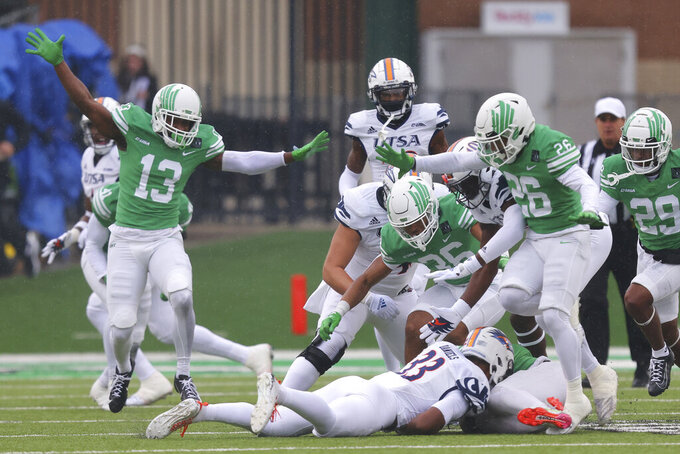 North Texas defensive back Jordan Rucker, left, celebrates with teammates after recovering a fumble during the first half of an NCAA college football game against UTSA in Denton, Texas, Saturday, Nov. 27, 2021. (AP Photo/Andy Jacobsohn)

Miami: WR Jack Sorenson, in his sixth season, is sixth in the nation with 1,290 yards on 69 receptions with 10 touchdowns.

North Texas: Since losing in the 1948 Salad Bowl, North Texas is 2-9 in bowl games and has lost its last four. They won their last five games to become bowl eligible following a six-game losing streak.

Miami: Has lost 31 straight games against nonconference FBS opponents dating to a win over Army in 2011. The last bowl win was over Middle Tennessee in the 2010 GoDall.com Bowl.

This will be the first time these teams meet.