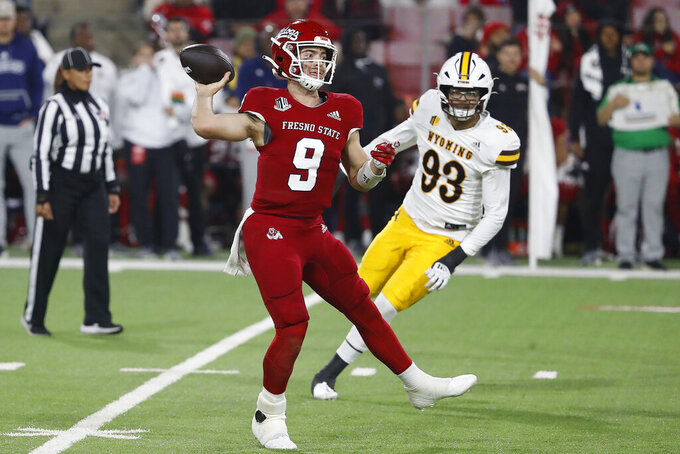 The Mountain West championship is on the line when the Broncos and Bulldogs meet for the second time this season. Boise State beat Fresno State 40-20 on Oct. 8 on the blue turf, but there were significantly different characters at play in that matchup. Most notably, Fresno State was without safety Evan Williams and quarterback Jake Haener in the first meeting. The Bulldogs started Logan Fife at QB against the Broncos and he struggled going 14 of 25 passing with two interceptions. In his five games since returning, Haener has 13 touchdown passes against two interceptions and has thrown for at least 300 yards in four of the five games. Boise State has been led by QB Taylen Green, who is 7-1 since taking over the starting role.

Boise State’s run game vs. Fresno State’s defense. The Broncos ran wild in the first meeting with George Holani rushed for 157 yards and Ashton Jeanty had 109 yards rushing as part of 316 yards on the ground by Boise State. Green wasn’t much of a factor with just 22 yards rushing. The 316 yards allowed on the ground were the most given up by Fresno State this season and the most since Air Force had 340 yards in 2019.

Fresno State: Haener returned for another season with the Bulldogs for the chance at winning a Mountain West championship. His season was interrupted by an ankle injury suffered against Southern California, but he’s been terrific since returning and has a chance to put a cap on his career with a conference title.

Boise State: S JL Skinner is likely headed to the NFL next season, but would like to close out his college career with a championship. Skinner leads the Broncos in interceptions and is second in tackles. With the challenges Haener is going to present, the Broncos need a big game from Skinner.