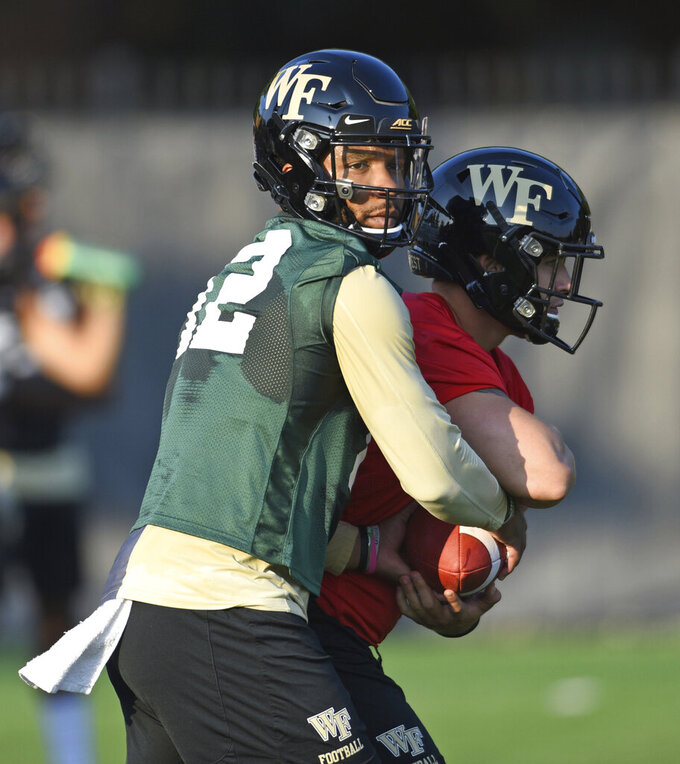 Clawson says he was confident in both quarterbacks because they both looked capable when healthy.

Hartman started the first nine games of 2018 as a freshman, completing 55 percent of his passes for 1,984 yards and 16 touchdowns before suffering a season-ending leg injury.

Newman took over and led the Demon Deacons to an upset at North Carolina State and a Birmingham Bowl victory over Memphis while throwing for nine TDs and completing nearly 60 percent of his throws.