No. 16 Chanticleers set to run with the Bulls in Buffalo 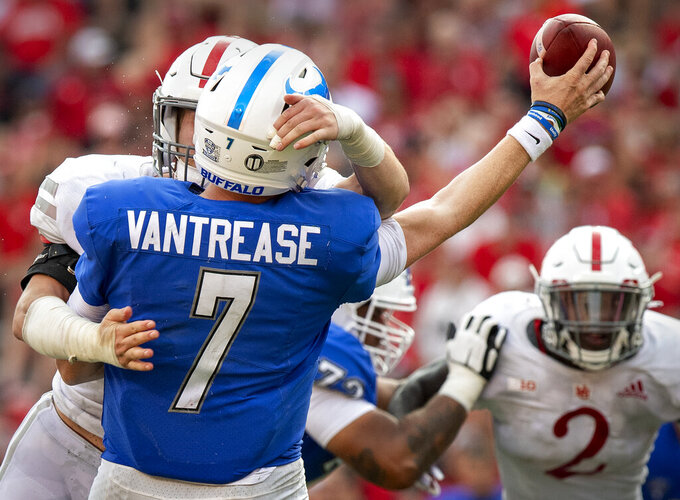 Line: Coastal Carolina by 13 ½, according to FanDuel Sportsbook.

The upstart defending Sun Belt champion Chanticleers are already moving up the rankings, having gone from No. 22 in the preseason poll to No. 17 last week before inching up one more spot following a 49-22 win over Kansas. Coastal Carolina has won seven straight non-conference games, and faces UMass next week before opening conference play. Buffalo, coming off a 28-3 loss at Nebraska, is attempting to find its footing under new coach Maurice Linguist. He is challenged to maintain the Bulls’ level of prominence as a Mid-American power established under former coach Lance Leipold, who was hired by Kansas this spring after leading Buffalo to its third consecutive bowl berth.

Buffalo’s defense has plenty of cleaning up to do in preparing to face Coastal Carolina QB Grayson McCall, who leads the nation in completion percentage and quarterback efficiency. The Bulls allowed 296 yards passing, and 516 yards offense against Nebraska in an outcome that could have been even more lopsided had the Cornhuskers not missed all three field-goal attempts and had three touchdowns negated by penalties. Of McCall’s 33 completions this season, nine have been 20 yards or longer.

Coastal Carolina: WR Jaivon Heiligh has 12 catches for 255 yards and two touchdowns. The fourth-year player is 48 yards receiving from becoming the Chants’ fourth player to top 2,000.

Buffalo: RB Kevin Marks needs to establish Buffalo’s ground game to eat up time of possession and keep the Chanticleers’ dynamic offense cooling its heals on the sideline. Marks had 21 carries for 85 yards against Nebraska.

Coastal Carolina is 0-6 against New York-based schools, with five of the losses coming against Stony Brook, when the Chants were members of Big South from 2008-12. ... Coastal Carolina is also 0-3 against MAC opponents, including a 30-23 loss to Eastern Michigan in 2019. ... The Chants finished second in the nation in forcing 25 turnovers last year, but have yet to register one this season. ... The Bulls are 1-13 against ranked opponents, with their lone win coming against No. 14 Ball State in the 2008 MAC championship game. ... QB Kyle Vantrease has been sacked just twice in his past 16 games, and faces a defense that has seven already this season, and had 34 last year to finish 10th in the nation.