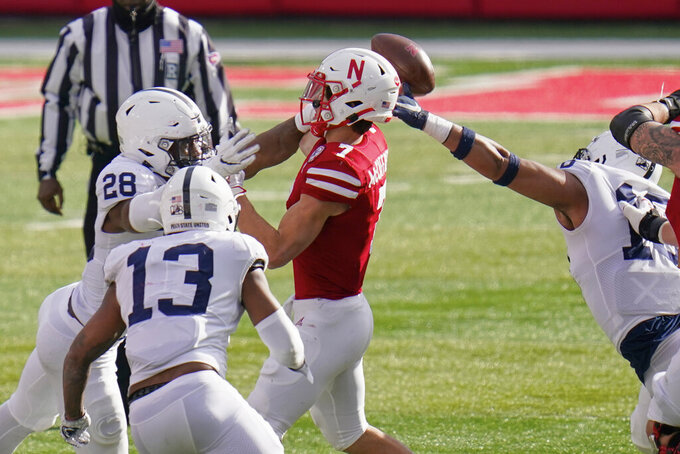 Take the last two games for example. The Nittany Lions have created multiple turnovers, forced eight punts, and allowed just 10 points on 13 combined second-half possessions. It would be a winning formula had the first half of those games not gone so badly.

If the Nittany Lions start slow again when the Hawkeyes (2-2) visit Beaver Stadium on Saturday, they’ll likely be headed for their first 0-5 start in program history.

It would be an ignominious notation for a team that’s become just the second since 1984 to begin 0-4 after starting the season ranked No. 7. For other reasons, including pride, they’ll look to avoid doing so.

“We know collectively how we can play and what we can do,” linebacker Jesse Luketa said. “Our emphasis and our focus is getting to that point early. When we get our cleats sunk in the grass and we start playing hungry and flock to the ball, 11 being relentless, it’s very hard for offenses to play against us.”

So far, they haven’t been able to flip the momentum as a lumbering offense struggles to find its way. Penn State has been outscored 93-26 in the first half of games and hasn’t led since the first overtime period of their season-opener on Oct. 24.

This week, the team’s defenders have tried to better prepare themselves to react to unfamiliar offensive looks early in games like Ohio State’s 62-yard handoff to receiver Garrett Wilson that opened a long, grueling night of chasing Buckeyes three weeks ago.

But Penn State’s offense has helped make it easy for the opposition to ring up points against their teammates. It was already going to be tougher when star linebacker Micah Parsons opted out before the season began.

Over the first four games, Penn State has allowed 27 first-half points off turnovers. All of those have come on the Nittany Lions’ side of the field with the average distance to the end zone just over 22 yards.

So far, Penn State ranks near the bottom of most major defensive categories. Its defense is 12th among Big Ten teams allowing nearly 35 points per game.

Are the numbers a little misleading? Possibly. Iowa coach Kirk Ferentz has seen all the film and is preparing his team to face the defense that has regularly shown up in the third quarter.

The Hawkeyes are coming off back-to-back beatdowns of Michigan State and Minnesota by a combined score of 84-14.

“It just doesn’t add up, especially when you watch the film,” Ferentz said. “Football, you’ve heard me say before, football is a strange game. You just can’t predict everything that’s going to happen.”