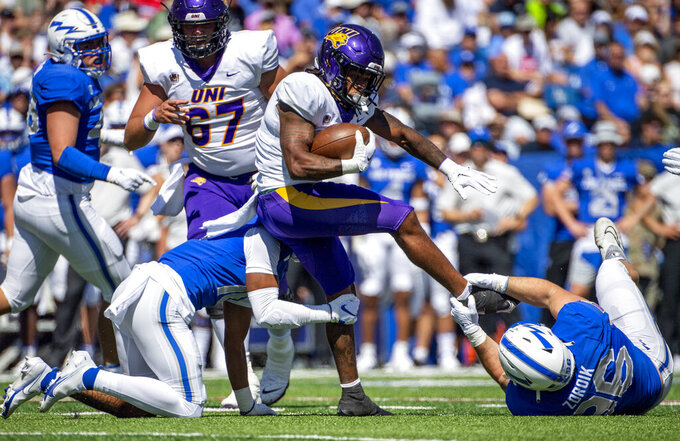 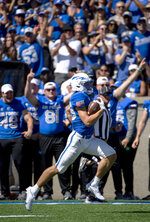 AIR FORCE ACADEMY, Colo. (AP) — Haaziq Daniels completed three passes for 109 yards and carried it 12 times for 107 as Air Force opened the season with a 48-17 victory over Northern Iowa on Saturday.

Daniels’ first pass of the game went for an 80-yard touchdown as he scrambled and found Dane Kinamon wide open along the left sideline. It was the eighth longest pass play in program history. Kinamon also broke loose for a 71-yard touchdown run late in the first quarter.

Air Force led 27-3 at halftime. Daniels had 102 yards passing with a touchdown and 107 yards rushing, including a 12-yard touchdown. Kinamon had two rushes for 77 yards in the first half and one reception for 80 yards.

Air Force gained 582 yards on 62 carries and the Falcons' defense held UNI to 405 total yards. Brad Roberts, Jalen Johnson, Kinamon and Jensen Jones each had a rushing touchdown. Roberts rushed for a team-high 114 yards, including his 71-yard touchdown.

Theo Day threw for 286 yards with two touchdowns and one interception for Northern Iowa.