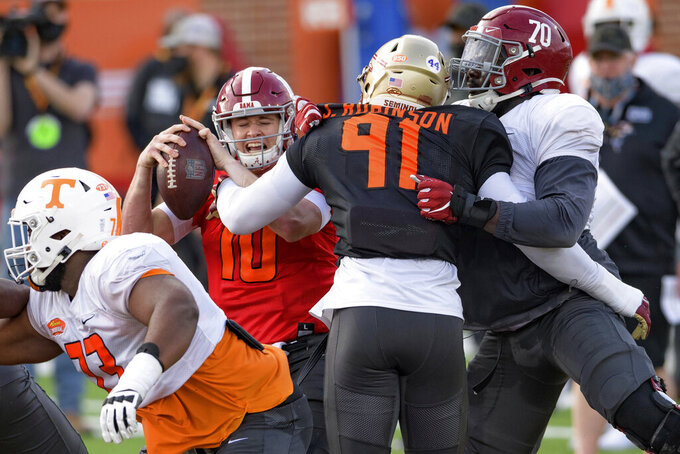 MOBILE, Ala. (AP) — Alabama quarterback Mac Jones injured his left ankle Thursday in a Senior Bowl practice and said he wasn't sure of his status for the game.

Jones didn't finish the practice, the final one before the game Saturday. The Heisman Trophy finalist, who led the Crimson Tide to the national championship, said “there's a chance" he will sit out the game.

“I’m going to make the decision but hopefully I can get the treatment and see how it feels.”

“He started limping at the end so I just said, 'Why don't you go see the trainer?'” Rhule said. “The last thing I want to do is see the kid get banged up. He was having a hard time. But he had a good day, he just had to get himself healed up.”

The other American team quarterbacks are Texas A&M's Kellen Mond and Wake Forest's Jamie Newman, who had transferred to Georgia before opting out.