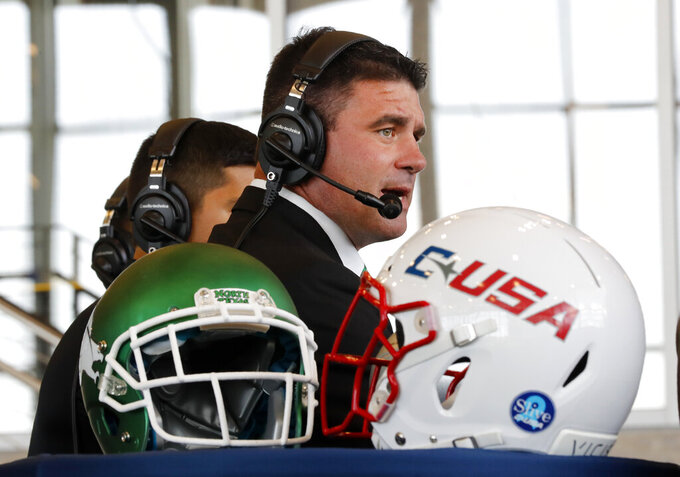 FRISCO, Texas (AP) — North Texas senior quarterback Mason Fine has been tabbed as the preseason Conference USA offensive player of the year, and the Mean Green have been picked as the overwhelming favorite to win the West Division this season.

Marshall was the East Division favorite in the preseason poll among C-USA media members before the league's football media days began Wednesday.

The preseason players of the year and all-conference teams were chosen by a vote of the league's 14 coaches.

FIU senior linebacker Sage Lewis, who had a school-record 132 tackles to lead the league last season, got the defensive honor.

Fine, whose 9,417 career yards passing are the most among active FBS players, was the C-USA top offensive player each of the past two seasons. He is one of nine returning offensive starters for UNT, which led the league with 34.6 points a game last season.