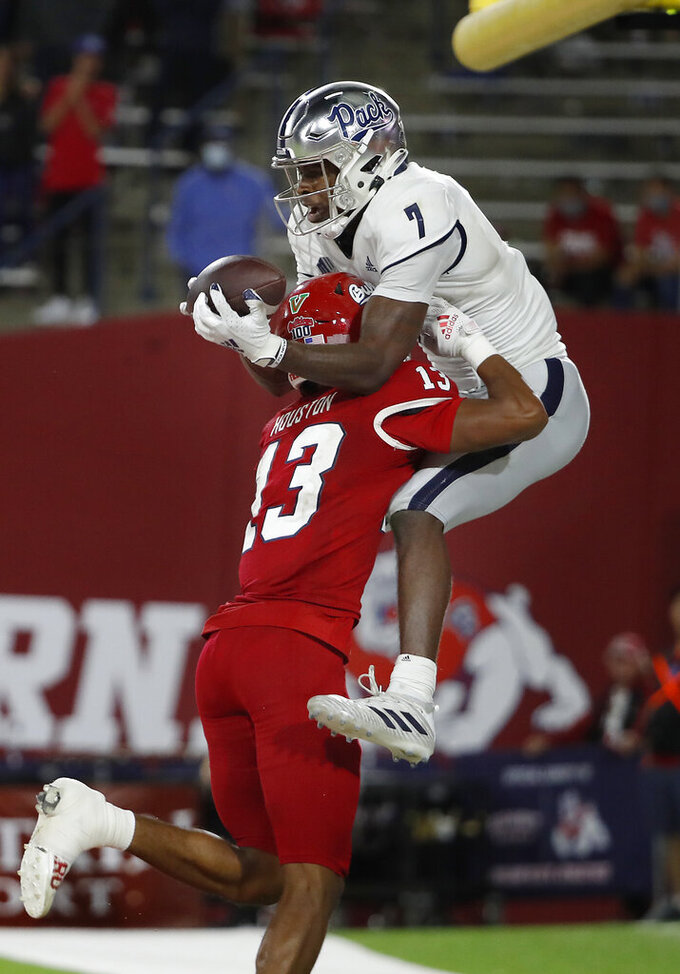 Nevada wide receiver Romeo Doubs catches a two-point conversion-try as he is pushed out of bounds by Fresno State defensive back Justin Houston to end the second half of an NCAA college football game in Fresno, Calif., Saturday, Oct. 23, 2021. The catch was ruled out of bounds. (AP Photo/Gary Kazanjian)

Down 34-26, Nevada's Carson Strong threw a 12-yard scoring pass to Cole Turner to cut the deficit to two points with two seconds left, but the 2-point conversion attempt was caught out of the back of the end zone. The Wolf Pack recovered the onside kick but time expired in the scramble for the ball.

Ronnie Rivers' 64-yard touchdown run with 5:08 left in the first quarter gave the Bulldogs (6-2, 3-1 Mountain West Conference) a 7-3 lead and they led the rest of the way.

The game featured the two-highest scoring teams in the conference. The teams combined for 984 yards of total offense.